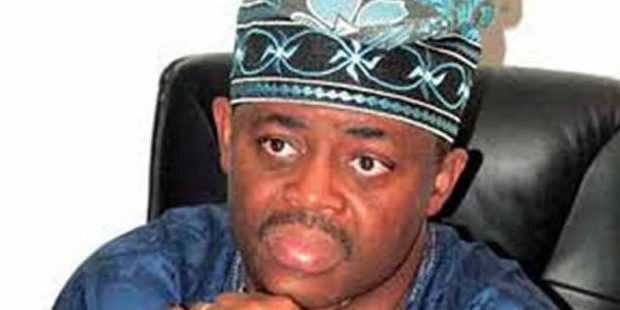 Given the upswing in activities of the Boko Haram sect in some states in northern Nigeria,

former minister of Aviation, Chief Femi Fani- Kayode, yesterday insisted that the Northern extraction of the All Progressives Congress, APC, is behind activities of the sect in the region.

Speaking with newsmen in Osogbo, the Osun State capital, after participating in the PDP governorship rally in Ilesa, Fani-Kayode said the APC and its northern leaders had done enough to justify his position that they were behind the killings in the region.

“The APC in the north is the political wing of Boko Haram in northern Nigeria. This, I have said before and no one among them was bold enough to challenge me. I will continue to say it again and again.

“The Northern elements in the APC have to explain to all Nigerians why some of their leaders in the north support, encourage and defend Boko Haram members.

“No member of the APC has been bold enough to controvert what I said about their relationship with the Boko Haram members in the north. I stand to be challenged if any of them have a contrary view,” Fani-Kayode said.

Speaking on the coming Osun governorship poll, the former minister promised to work for the victory of the Peoples Democratic Party in the state as well as the success of the party in the 2015 general elections.

He stressed that the PDP remains the only national party in the country, adding that he had met the key stakeholders in the party, including President Goodluck Jonathan and secured their assurances of conducive stay in the party