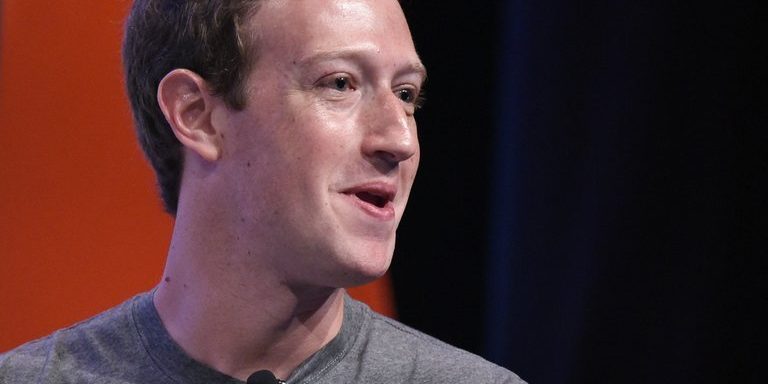 WASHINGTON — For 10 days, Mark Zuckerberg, Facebook’s chief executive, has been under increasing pressure from lawmakers and regulators to answer questions about the improper harvesting of data of 50 million Facebook users by a British political consulting firm, Cambridge Analytica.

Now Mr. Zuckerberg plans to go to Washington to explain himself.

The chief executive has agreed to testify in at least one congressional hearing over the social network’s handling of customer data, according to people familiar with the decision. Specifically, he plans to appear next month before the House Energy and Commerce Committee, said the people, who asked not to be identified because the arrangements were not public. Mr. Zuckerberg may make other appearances; he has also been asked to testify before the Senate and House Judiciary and Commerce Committees.

His appearing on Capitol Hill could create a spectacle that is replayed online and on television for years to come, especially amid a backlash against the power of tech behemoths. Late last year, executives from Facebook, Google and Twitter showed up at congressional hearings to discuss Russian meddling online in the 2016 presidential election, putting faces to the tech platforms during criticism of their misuse.

Congressional testimony by Silicon Valley chief executives is rare, and their appearances have each set off a media circus. In 2013, Apple’s chief executive, Timothy D. Cook, addressed senators about his company’s tax practices. In 2011, Google’s chairman at the time, Eric Schmidt, spoke about the company’s search practices in front of the Senate Judiciary Committee. And in 1998, Bill Gates, who was Microsoft’s chief executive, defended his company against lawmakers’ assertions that he was building a monopoly — an argument he eventually lost in court.

“The committee is continuing to work with Facebook to determine a day and time for Mr. Zuckerberg to testify,” said Elena Hernandez, a spokeswoman for the House Energy and Commerce Committee.

CNN earlier reported that Mr. Zuckerberg had decided to testify in front of Congress.

He has been under pressure to appear before Congress since reports on March 17 that Cambridge Analytica improperly obtained and used the data of 50 million Facebook users. The revelations immediately sparked a furor on both sides of the Atlantic, with regulators in Britain and the United States calling for Mr. Zuckerberg to discuss what happened.

Those calls haven’t subsided, even though the chief executive issued a public statement last week outlining the steps that Facebook was taking to prevent improper harvesting of the data of its 2.2. billion users. On Monday, the Federal Trade Commission confirmed that it was investigating how Facebook handles information about its users. Politicians including Senator Charles E. Grassley, Republican of Iowa, have also pressed for Mr. Zuckerberg to appear on Capitol Hill.

Mr. Zuckerberg has turned down some requests to go before lawmakers. He declined to appear this week before the British Parliament and answer questions about data privacy.

Facebook staff have held marathon meetings and phone calls with staff from congressional committees over the past week, according to Facebook employees and others briefed on the matter. Rob Sherman, Facebook’s deputy chief privacy officer, and Molly Cutler, its associate general counsel, have met with staff from the House and Senate Commerce, Judiciary and Intelligence Committees, they said.

Mr. Zuckerberg initially resisted speaking to Congress, and had asked if a senior Facebook executive could be sent to represent the company in his name, two Facebook employees familiar with the conversations said.

After the public outcry over Facebook’s data and privacy settings, Mr. Zuckerberg was persuaded that he needed to appear, they said. In recent days, he told Facebook employees that he had come to understand he would have to testify.

In an interview with CNN last week, Mr. Zuckerberg said that he would be “happy to” testify in front of Congress and that “it’s the right thing to do.” He added of Cambridge Analytica, “This was a major breach of trust, and I’m really sorry that this happened.”

Lawmakers have been frustrated in the past by Mr. Zuckerberg’s absence from hearings. Last year, Facebook sent its general counsel, Colin Stretch, to join lawyers from Twitter and Google to testify about social media’s role in spreading disinformation during the 2016 election. Lawmakers noted the absence of senior executives, including Mr. Zuckerberg, and repeatedly challenged Facebook to send its leaders to answer questions.

In a recent interview, Senator John Kennedy, Republican of Louisiana, said Mr. Zuckerberg needed to directly answer questions from Congress about what kind of user data was being gathered and shared, because Facebook has been too vague about its practices. He said the attorneys for Facebook, Google and Twitter who testified about the 2016 election had “dodged questions.”

“They didn’t say a damn thing, which was what they were paid to do,” Mr. Kennedy said. “I’d encourage Mr. Zuckerberg to do the common-sense thing and roll up his sleeves and take a meaningful amount of time talking to us about this.”

A version of this article appears in print on March 28, 2018, on Page B1 of the New York edition with the headline: Zuckerberg Makes Date For Live Chat With Congress. Order Reprints| Today's Paper|Subscribe