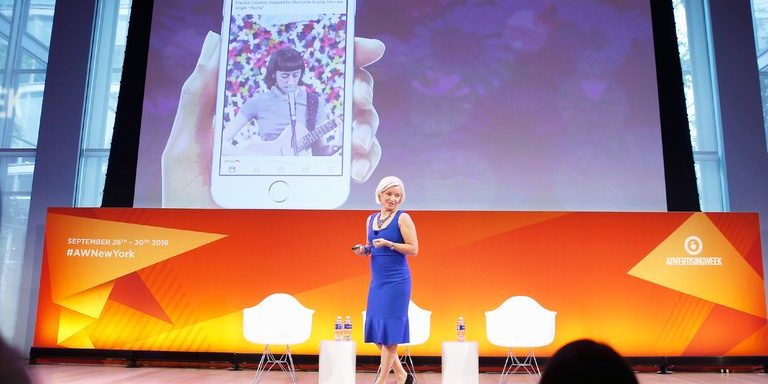 Advertisers are the lifeblood of Facebook, and the vast, personal reach of the social network has been a marketer’s dream. But now, some companies are taking a harder look at how they work with it and hunting for skeletons in their own data closets.

Brands are on high alert for how they might be impacted as the social network navigates the fallout from revelations that a British data firm improperly harvested the personal information of up to 87 million of its users. With more people expressing concerns about privacy — and Mark Zuckerberg, Facebook’s founder, appearing in front of Congress to answer questions on the subject — ad agencies are facing concerns on several fronts.

Users are complaining that agencies have their personal information. Brands are trying to come up with ways to replace that kind of personal data should Facebook place limits on what can be used. And Facebook has now become a companywide concern, rather than one confined to the marketing department, for a slew of advertisers.

“When it comes to marketers, the issues were basically about measurement, impact, those kinds of things — now it’s become a larger issue which is about trust and law,” said Rishad Tobaccowala, chief growth officer for the Publicis Groupe. “Because of the recent events, the chief legal officer, the chief financial officer and the C.E.O. of every client company is asking, when we run campaigns on this platform, what data of ours are we sharing, what legal risk do we have and what reputational risk do we have, because now this has become a political hot-wire.”

Bob Gilbreath, the chief executive of the marketing technology company Ahalogy, said that his company has been watching the Facebook changes and consumer responses carefully. “We have to let the court of public opinion shift, and certainly, if Facebook puts more controls down or if the costs go up, we’ll move dollars elsewhere,” he said.

The fallout has become unusually personal for Ahalogy, which in recent weeks has been contacted by almost a dozen frustrated Facebook users demanding to know what the company is and why it has their contact information.

The queries have come via email and social media as more people have learned just how much Facebook knows about them and are downloading their data and more closely scrutinizing sections on the social network like “Advertisers with your contact info.”

“Ahalogy Partners” sometimes shows up because the Cincinnati-based firm runs digital marketing campaigns for a range of advertisers and uses that account to buy targeted Facebook ads on their behalf.

One Twitter user confronted the company in late March after downloading her Facebook data, calling it “desperate” and saying, “I learned that Facebook gave you my data? Why?” She added the hashtag #DeleteMyData.

Mr. Gilbreath explained that Ahalogy, like many marketers, often buys data from outside firms for campaigns so that it can direct ads to certain groups of people — say, Walmart shoppers — but that the company doesn’t store that material and can’t see personal information like email addresses.

While marketers may be frustrated right now, few have actually left Facebook. The company is the second-biggest seller of digital ads with more than $40 billion in annual revenue. Last week, Carolyn Everson, Facebook’s vice president of global marketing solutions, said at a conference that the company did not expect “major changes to our overall revenue and business model.”

Ms. Everson and her team, which works with agencies and the biggest global advertisers, have been in overdrive in recent weeks. She has sent frequent emails to agency leaders, held calls with Facebook’s council of top marketers and joined a discussion with the Association of National Advertisers. She noted in an interview that she “would much rather err on the side of over-communication right now.”

John Montgomery, executive vice president for brand safety at WPP’s GroupM, said that while he was dismayed by the initial “pocket of silence” from Facebook in the wake of the revelations, the company has since been candid. He said he appreciated the email updates sent by Ms. Everson every other day.

One of the points of concern seems to be apps companies made years ago at the behest of Facebook. The tech company recently declared that it would conduct a full investigation of apps that obtained access to a large amount of user information before Facebook changed its platform policies. Between 2010 and the change in 2014, Facebook encouraged brands from insurers to entertainment companies to make games and other apps for the site, according to one agency executive who spoke on the condition of anonymity.

Ms. Everson said Facebook would look at all app developers, including major brands, that had access to large amounts of data and conduct audits if it sees “suspicious activity.”

“To marketers who have asked me about that, I have said if they have an app or had an app, that all app developers will be looked at,” Ms. Everson said. “They understand that and recognize our mission only works if people feel it’s safe to communicate online and share with others.”

Other advertisers have expressed alarm over Facebook’s plan to remove the so-called “partner categories” on its site. These categories enable advertisers to direct ads to people based on data collected by outside companies, including their purchasing habits in physical stores and profiles like “big-city moms.”

Facebook said that the change would improve user privacy. But it has also resulted in a perhaps counterintuitive lesson for marketers: several are devising new ways to build up their own customer data lists out of concern that they were too reliant on Facebook for such information.

One executive gave a hypothetical example of a jam brand that had been targeting ads on Facebook through shopping habits based on outside company data. That company might now set up a recipe site and create a newsletter to distribute great recipes every week. They could also make a loyalty program with peanut butter and jelly points, a children’s site and an iJam app, collecting customer data from each.

Mr. Montgomery said that he did not expect people to migrate from Facebook en masse.

“The major question we’ve asked together of ourselves and our clients is will this affect user engagement on the platform, and we haven’t seen any of that yet,” he said. “At the end of the day, what really counts is whether the users will value the utility of Facebook over the privacy missteps.”

If people stop using Facebook in significant numbers, it will test the patience of advertisers, who have had a fraught relationship with the social network. The main points of contention have been the amount of data that advertisers can access on the platform and issues around how ad performance is measured. Facebook is aiming to soothe them while it sorts through a very public problem.

“There may have been sellers in media that maybe got the benefit of doubt when something went wrong — when you get discretion, relationships matter, perceptions of the media brand matter,” said Brian Wieser, a media analyst at Pivotal Research. “But with Facebook, I feel like a common refrain I’ve heard is that user trends go down, that’s going to have ramifications.”

Yet Ms. Everson has received many public messages of support and praise for her leadership on Twitter and on her Facebook page from agency executives and chief marketing officers, including those at General Electric and Toys “R” Us.

In one of her emails to advertisers last month, which a recipient shared with The New York Times, Ms. Everson said it was important to remember that Facebook’s mission was unchanged. It was still the same company, she said, that is “bringing connectivity to remote areas of the world” and that “gives people a voice and enables the movements that are changing the world.” She concluded by saying, “Thank you so very much for your continued partnership.”