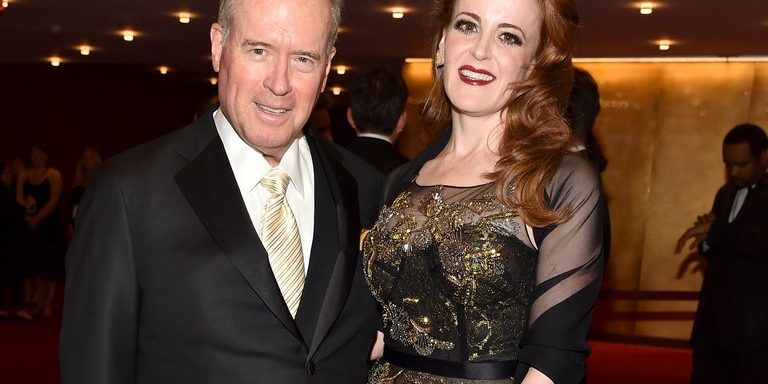 Last month, a friend of the wealthy conservative donor Rebekah Mercer arrived at Facebook’s Silicon Valley headquarters. His task: Find out what — if anything — could repair relations between Facebook, the world’s biggest social media company, and Cambridge Analytica, the voter-profiling firm co-founded by her father and used by the Trump campaign.

The revelation last month that Cambridge Analytica improperly acquired the private Facebook data of millions of users has set off government inquiries in Washington and London, plunging Facebook into crisis. But it has also battered the nascent political network overseen by Ms. Mercer, 44, and financed by her father, Robert Mercer, 71, a hard-line conservative billionaire.

Ms. Mercer’s standing in Mr. Trump’s circle had already declined following the departure last year of Stephen K. Bannon, her family’s former adviser and President Trump’s former chief strategist, according to Republicans with close ties to the president’s political operation. A pro-Trump advocacy group controlled by Ms. Mercer has gone silent following strategic disputes between her and other top donors. Plans to wage a civil war against the Republican establishment in the 2018 midterms have been derailed.

And last month, after reports on Cambridge in The New York Times, The Observer of London and The Guardian, Facebook banned the company from its platform, a major blow to any political or commercial targeting firm. Not a single American candidate or “super PAC” committee has reported payments to the company since the 2016 campaign, according to federal records.

Several Republicans in Ms. Mercer’s orbit or with knowledge of Cambridge’s business said that fallout from the Facebook scandal — combined with widespread doubts about the accuracy of Cambridge’s psychological profiles of voters — had effectively crippled the firm’s election work in the United States.

“They’re selling magic in a bottle,” said Matt Braynard, who worked alongside Cambridge on the Trump campaign, for which he served as the director of data and strategy, and now runs Look Ahead America, a group seeking to turn out disaffected rural and blue-collar voters. “And they’re becoming toxic.”

But the effort by Ms. Mercer’s friend to help mend fences with Facebook hints at both Cambridge’s importance to her family’s political ambitions and the perils posed by Facebook’s ban.

Although a Cambridge spokesman last month downplayed Ms. Mercer’s role at the company — saying she had a “broad business oversight” role and no involvement in its daily operations — she serves on the company’s board and in the past has worked to drum up campaign business for Cambridge, according to Republicans who have worked with or competed against the firm. Former Cambridge employees said she was close to Alexander Nix, the company’s chief executive, who was suspended last month after reports on Cambridge’s harvesting of Facebook data.

Ms. Mercer’s intermediary with Facebook was Matthew Michelsen, a tech entrepreneur and investor based in San Diego, who lists his employer as GothamAlpha, a consulting firm. According to his LinkedIn profile, he has also advised major Silicon Valley companies, including Facebook and Palantir, a data-mining firm and intelligence contractor.

Mr. Michelsen’s meeting came on March 20, the day after Facebook announced that Cambridge had agreed to let it audit the firm’s computer servers. Mr. Michelsen met informally with a Facebook acquaintance who was accompanied by a Facebook lawyer, according to a person briefed on the meeting, and both Cambridge Analytica and the Mercers were discussed. The person discussed the meeting on the condition of anonymity because he was not authorized to speak about it publicly. No immediate actions were taken as a result of Mr. Michelsen’s outreach.

Mr. Michelsen acknowledged in an interview on Thursday that he visited the company but he would not discuss the purpose of the trip, citing nondisclosure agreements Facebook required him to sign. Ms. Mercer declined to say whether she and Mr. Michelsen had discussed the purpose of the meeting or whether he had briefed her on it afterward.

Cambridge also mounted a more formal effort to assuage Facebook, the person said, sending its own lawyers to meet with Facebook on the same day Mr. Michelsen was there. The Cambridge lawyers asked Facebook officials whether the firm could be reinstated on the platform. Mark Zuckerberg, Facebook’s chief executive, acknowledged that meeting in an interview with The Times last month, saying that his company had not decided whether to lift the ban.

A Cambridge spokesman did not respond to requests for comment. In a lengthy public statement on Monday, the company stated that “the vast majority of our business is commercial rather than political, contrary to the way some of the media has portrayed us.”

In recent years, the Mercers have become among the most prominent and highly scrutinized political donors in the United States. In the early years of the Obama administration, they began doling out tens of millions of dollars to an eclectic array of conservative groups — many of them outside Washington’s mainline Republican establishment. Mr. Mercer invested $10 million in Breitbart News, the nationalist website, bringing on Mr. Bannon as chairman, while Ms. Mercer joined the boards of leading conservative think tanks.

The Mercers were critical of the Republican Party’s existing data apparatus, which was controlled by the party officials and consultants they hoped to disempower. Mr. Mercer bankrolled Cambridge Analytica in 2014, and Ms. Mercer encouraged candidates and PACs that took the family’s money to also hire the family’s data firm. Early in the 2016 presidential campaign, the Mercers backed Senator Ted Cruz of Texas, putting millions of dollars — and Cambridge Analytica — behind him.

But after Mr. Trump prevailed in the primaries, the Mercers switched candidates. In summer 2016, Ms. Mercer helped orchestrate a shake-up that put Mr. Bannon at the head of the Trump campaign. After Mr. Trump won the presidential election, he attended a costume ball at the Mercer estate on Long Island.

Ms. Mercer secured a slot on his transition team and prime seats at his inauguration. As Mr. Trump took office, she sought to take a leading role in America First Policies, a nonprofit formed to back the president’s agenda. Last spring, Ms. Mercer and her father attended the Time 100 black-tie gala, where she was feted as one of the country’s most influential people.

But her insistence on using Cambridge to provide the Trump group with voter data, and other clashes over strategy, alienated other donors and Trump allies, according to other Republicans. Ms. Mercer formed her own group, Making America Great, and hired Emily Cornell, a Cambridge executive, to run it.

In November, Mr. Mercer stepped down from the helm of Renaissance Technologies, one of the world’s most successful hedge funds, as some investors began expressing dismay over his alliance with Mr. Trump.

The family is likely to retain significant influence in broader conservative circles thanks to its vast fortune, which finances donations that many political organizations and candidates are eager to accept. The family foundation handed out about $20 million to more than two dozen conservative think tanks, charter school groups, watchdog outfits and other nonprofit organizations in 2016, according to its most recent tax return.

Ms. Mercer remains a trustee of the Heritage Foundation, a prominent Washington think tank that has provided the Trump administration with grist for a range of initiatives. The foreign policy hawk John R. Bolton, whose super PAC the Mercers lavished with cash and whom Ms. Mercer once lobbied the White House to make secretary of state, was recently tapped to become Mr. Trump’s national security adviser.

The family has also donated $4.5 million to Republican candidates and super PACs during the 2018 election cycle, putting the Mercers among the top 20 donors in the country. And the father-daughter duo still inspire fear: Virtually no Republicans were willing to speak on the record about the family’s troubles.

“I would not confuse silence with them being out,” said Dan K. Eberhart, a Colorado drilling-services executive who is active in America First Policies, now the lead pro-Trump political advocacy group. “I think they’re very strategic, and I think they’re quiet folks.”

Any contributions the family gives directly to candidates and super PACs will be disclosed to the Federal Election Commission. But their contributions to ideological nonprofit groups like the Heartland Institute, which disputes the scientific consensus on climate change, may become less visible in the future. In 2016, when the Mercers’ backing of Mr. Trump subjected the family to intense public scrutiny, the Mercer foundation’s largest contribution was to DonorsTrust, an advisory group for conservative givers.

“Donor-advised funds offer you any level of privacy you’d like from the receiving organization,” states a promotional pamphlet available from the DonorsTrust website. “A donor can ask the fund provider to share their full name with one favored grantee and keep their identity private from other.” Such privacy can be useful to donors who “may be supporting a sensitive or personal cause that could endanger familial or professional harmony,” according to the pamphlet.

Such mechanisms, which are legal, are used by many donors on the right and the left. Ms. Mercer declined to answer questions about whether she intended to shift more of her family’s future political philanthropy into intermediaries like DonorsTrust. A 2017 tax return for the Mercer foundation is not yet publicly available.

“Ms. Mercer is a private person,” her spokeswoman said in a statement. “And she does not intend to discuss with the media either the conversations she has with her close friends or her philanthropic and charitable giving.”

Lawson Bader, the president of DonorsTrust, referred questions to the Mercers. “I do not discuss DonorsTrust accounts real or imagined,” he said in an email.

The Facebook scandal has hit just as the Mercers appear to be expanding their business in the world of big data. Public records show that Ms. Mercer, her sister Jennifer and Mr. Nix serve as directors of Emerdata, a British data company formed in August by top executives at Cambridge Analytica and its affiliate, SCL Group, according to British corporate records.

Exactly what ambitions the Mercers, who joined the Emerdata board last month, have for the company is unclear. Another Emerdata director, Johnson Ko Chun Shun, is a Hong Kong financier and business partner of Erik Prince — the brother of the education secretary, Betsy DeVos, and founder of the private security firm formerly known as Blackwater. Mr. Ko, who declined to comment, is a substantial shareholder and deputy chairman in Mr. Prince’s Africa-focused logistics company, Frontier Services Group.

Mr. Ko and Mr. Prince have links to the Chinese government: Another major Frontier investor is Citic, a state-owned Chinese financial conglomerate that for decades has employed the sons and daughters of the Communist Party’s elite families.

Emerdata has a second Hong Kong-based director, Peng Cheng. Little public information about Ms. Peng, a British citizen, is available. But a woman with the same name is the chief executive of a publishing and online game company located in the same Hong Kong office tower as Frontier Services. In 2016, Mr. Ko’s brokerage company said it would buy a stake in Ms. Peng’s company, Culturecom.

While in Hong Kong in September to speak at a conference, Mr. Nix told Bloomberg that Cambridge Analytica was looking into China for commercial ventures. “We’ve been scoping this market for about a year,” he said. “We see huge opportunity to bring some of these technologies to advertising and marketing space brands.”