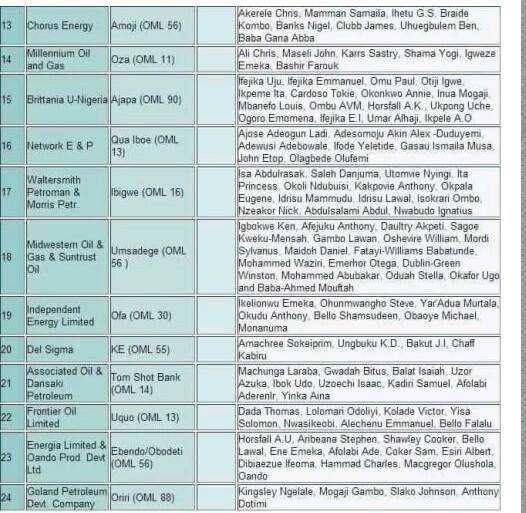 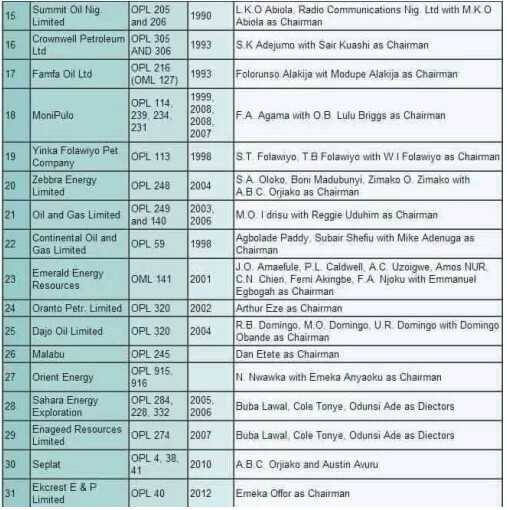 The richest oil blocks in Nigeria are owned by mostly northerners and Yorubas while the real producers of oil live on less than S1 dollar daily in addition to environmental degradation of the Biafran region during exploration.
The process of sharing Nigeria’s oil block national cake is as fraudulent now as when Ibrahim Babangida started the process of discretionary allocation of oil blocks to indigenous northern firms.

Discretionary allocation of oil blocks entails that a president can reward a mistress who performs wonderfully with an oil block with capacity for the cumulative yield of over $20 billion dollars without recourse to any process outside of manhood attachments. Babangida, Abacha, Abdulsalami and Obasanjo awarded discretionary oil blocks to friends, associates, family members, party chieftains, security chiefs and all categories of bootlickers, spokespersons and cult members without any laid down procedures.

The recipients of these oil blocks are 83% northerners and 15% Yorubas, with Biafrans off the picture in an oil drilled on their land.
This list shows that Biafrans have no place in the sharing of their natural resources.

As shown in the list, some of the northerners who own oil blocks include Alhaji Mai Deribe, Borno State and owner of Cavendish Petroleum, which operates OML 110 with an average of about N4billion monthly.

Seplat/Platform Petroleum, operators of the ASUOKPU/UMUTU Marginal Field with Mallam (Prince) Sanusi Lamido, Kano, as a major shareholder and director.

INTEL is owned by former Vice President Atiku, the late Gen. Shehu Musa Yar’Adua and Ado Bayero. It has substantial stakes in Nigeria ’s oil exploration industry both in Nigeria and Sao Tome and Principe.

Seeing the owners of these oil blocks in the list, you will agree with me that there is inequity in the distribution. Under these conditions, why will Biafrans not seek freedom from such exploitation, marginalisation and injustice from people that do not own a drop of crude? Only an independent state of Biafra can cause the immediate revocation of all oil blocks licences awarded to these thieves and exploiters.