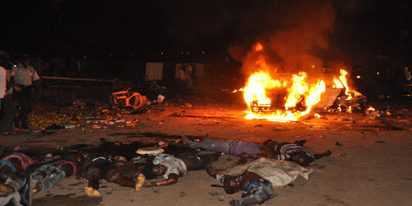 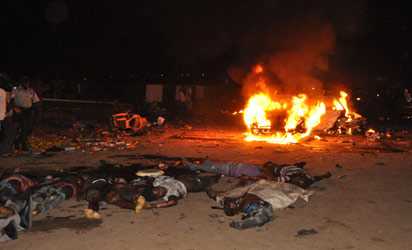 There were reports of casualties being brought into hospitals, but it is not clear if there were any deaths.

Yobe is one of three areas under a state of emergency amid attacks by suspected Boko Haram militants.

“There was an explosion outside a soccer viewing centre here in Damaturu at around 20:15,” Sanusi Ruf’ai, police commissioner for Yobe state, told AFP news agency.

“Our men have deployed to the scene but it’s too early for us to give details.”

The Nigerian authorities have warned residents in some states to avoid public screenings of the World Cup, fearing militant attacks.

On Thursday, the north-eastern state of Adamawa ordered all venues planning to show live coverage of the football tournament to close, saying they had received intelligence of planned bomb attacks.

The states of Borno, Yobe and Adamawa have been under a state of emergency since May 2013. At least 2,000 people have died in the north-east since Boko Haram launched an insurgency in 2009.