Explorer: A Family Adventure in the Wild Heart of Tanzania 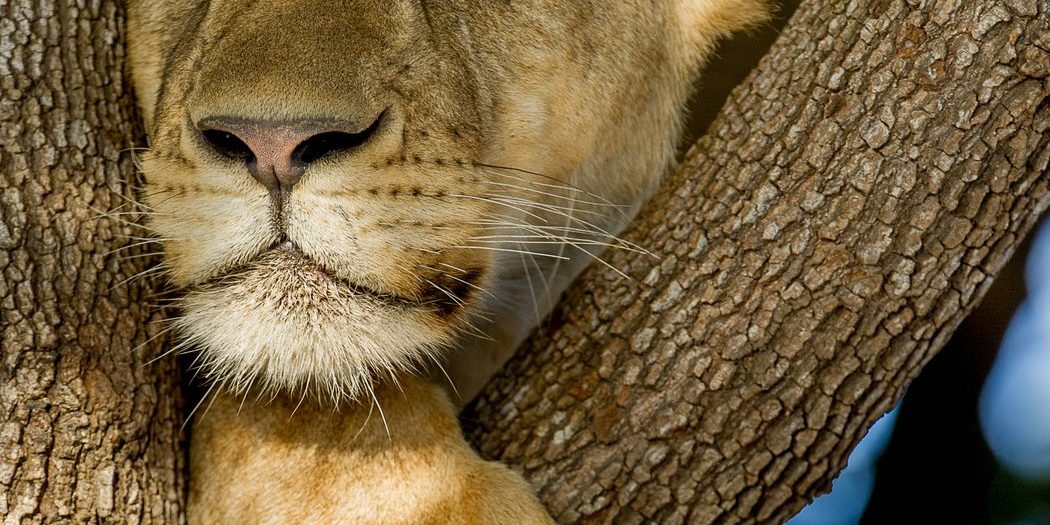 A Family Adventure in the Wild Heart of Tanzania

Few wildlife parks in Africa allow you to drift lazily along a calm stretch of water like something out of “The African Queen” and take in an incredible amount of wildlife from a boat. The Selous Game Reserve, a remote and spectacular wildlife refuge in central Tanzania, is one of them.

Last year, I took a wonderful safari here with my family, and on one of our first afternoons, we glided along a shallow lake in an aluminum-hulled skiff. There’s something serene — and a little sneaky — about seeing animals from the water. You’re not trailing behind them as they step out of the bushes and move toward their watering holes; you’re inside their watering hole.

As we floated along, maybe 100 yards from shore, a distance close enough to observe, but hopefully not, disturb, we watched baboons, zebras, giraffes and gazelles head down to the lake for a drink. Palm trees on the water’s edge cast long pillarlike shadows. Behind them stood a wall of thick green bushes and thorn trees that wrapped around the entire lake. A rich silence hung in the air, broken only by the occasional chitter of a kingfisher.

The Selous’s many shallow lakes dramatically stretch and shrink with the rain. We were there just after the rains and the lakes were swollen and full of life — especially water birds, hippopotamuses and crocodiles. I’ve been all across Africa and I’ve never seen so many crocs, sunbathing their scaly selves on the beach, slithering around in the sediment-rich, chocolate-milk-colored water and waiting until the last possible instant to slowly sink away before our skiff bumped into them.

As our boat approached a pod of hippos (Don’t you love animal group names? A pod of hippos? A bask of crocodiles? A coalition of cheetahs? A tower of giraffes? Who gets to come up with these, anyway?), an enormous hippo popped out of the lake. We couldn’t have been more than 20 feet away and it stared right at us, beads of water dripping off its whiskered face, sizing us up. “Don’t you wish you knew what that guy was thinking?” I whispered. “He’s probably thinking one thing,” my wife, Courtenay, answered. “ ‘What’s that?’ ”

I wish I could bring all the people I love to the Selous. It’s a magnificent reserve, swallowing you up in endless expanses of acacia trees and emerald green swamps and tawny savannas. Well off the beaten path and one of Africa’s last, great, uninhabited safari areas, the Selous delivers all the big game without the big (human) crowds that descend on the better known African parks like the Ngorongoro Crater in northern Tanzania or the Masai Mara National Reserve in Kenya.

My pulse accelerated. The saliva in my mouth dried up. My skin tingled. I confess: I started to panic, imagining two huge yellow eyes surfacing in the mesh window right next to me. I sat up in bed as alert and wired as I’ve ever been. A lion’s claws would have shredded our tent like crepe paper.

The next morning at breakfast, in the bright tropical sunshine, we were all cracking up about being wimps as we helped ourselves to scrambled eggs and thick slices of warm banana bread. We then headed off on a game drive – game drives are the backbone of an East African safari, though in the Selous you always have the boat option as well.

As our open-sided Land Cruiser rolled through the reserve, I was impressed by how varied the landscape was. Because of all the rivers and lakes, wide swaths of the Selous are impenetrable — picture green, overgrown, scratchy and thorny bush. I can only imagine how grueling and tortuous it was for the first batch of explorers, like Frederick Selous, the Victorian hunter and collector who the reserve was named after, to hack their way through this place. But the Selous also contains wide-open areas, with wavy yellow grass and, in the distance, jagged brown hills; in between are cool forests.

That afternoon we found ourselves in a cool forest. A light rain fell, more like a mist. It softly brushed our skin, tiny droplets sticking to the hairs on our arms. Our falcon-eyed guide, Zacharia, had found some lion spoor near the road and he was tracking it deeper and deeper into the forest. “There!” he finally said, and we all followed where his finger was pointing. Just up ahead a lioness and her three cubs wrestled on a log. We drove even closer and Zacharia cut the engine. We rolled to a stop just a few feet away. Oblivious to us, the lions pawed each other’s heads, pushed each other off the slippery log, tumbled down and hit the muddy ground and sprang back up, training for the rigors of hunts to come. It was as if they were playing king of the mountain but there was clearly a point to it.

What made our experience even sweeter was that we were by ourselves. So many times when you’re on safari and spot lions in action, the drivers get on the radio and next thing you know, several other trucks come chugging in, tourists popping out the sunroofs of their trucks, snapping photos like crazy. Here, we were the only car for miles.

That’s the magic of this place. It’s all yours. My friend Rob Ross spent four years photographing it for a lavish photo book, “The Selous in Africa: A Long Way From Anywhere.” (Some of Ross’s shots illustrate this story.) He slogged through mucky water, got chewed up by tsetse flies, waited in the intense heat for sleepy wild dogs to wake up and go on a hunt (and sometimes they didn’t feel like it), and he still considers those four years the most rewarding of his life.

Where else, he asks, can you “actually feel like you might have been the first person to stand where you’re standing for 10 or a hundred or a thousand years?”

I guess the dominant feeling I had in the Selous was being free. Lake Manze Camp made that feeling even deeper. We didn’t have to keep anyone else’s schedule. Shaun gave us a four-wheel drive truck and assigned us a driver and a guide. We could get up when we wanted and drive (or boat) around when we wanted and have our meals in the bush, if we wanted.

Every part of the reserve we visited brought the same joys: few cars, zero garbage, trees and plants and wildflowers that couldn’t have looked much healthier, and lots of animals.

As Shaun put it on our last evening when we gathered for a final beer by the fire: “There are now traffic cops in the Kruger.” (He was referring to South Africa’s best known wildlife park, which has paved roads cutting across it and the occasional traffic jam.) “This,” Shaun said, spreading his arms as wide as possible, “is the real Africa.”

Over the years, in my travels across Africa, I’ve heard that claim many times, in many different places. Who knows what the “real” Africa is. So many of us outsiders seem to be on a search for the Africa we imagined. And for the Africans who live in this part of the world, what we romanticize is simply their home.

But that said, there is something undeniably special, and moving, about these last undisturbed places. And standing outside in the dying twilight, surrounded by miles of bush, in the middle of one of the last great untouched spaces left on the continent, I knew exactly what Shaun meant.