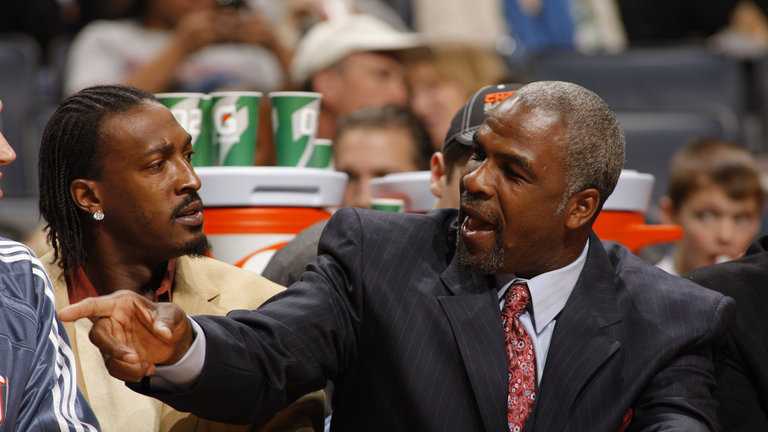 Former NBA player Charles Oakley was arrested during the game between the New York Knicks and the Los Angeles Clippers after an altercation with security guards at Madison Square Garden.

Oakley, who played the bulk of his 19-year career in New York, had to be forcibly removed from his courtside seat by several security guards after he was seen pushing and arguing with them.

The scuffle was provoked by Oakley yelling at Knicks owner James Dolan, according to the New York Daily News.

Oakley, 53, has been estranged from the Knicks franchise and owner Dolan for some time after making public criticisms.

The game stopped briefly while Oakley was being walked away from the court, as players looked on and the crowd chanted “Oakley! Oakley!” as he was being led away.

The Knicks tweeted a statement following the incident.

“Charles Oakley came to the game tonight and behaved in a highly inappropriate and completely abusive manner,” it read.

“He has been ejected and is currently being arrested by the New York City Police Department. He was a great Knick and we hope he gets some help soon.”