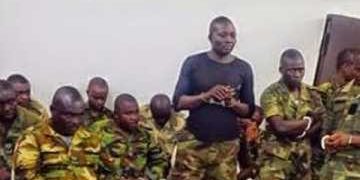 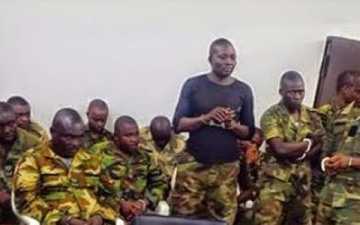 Some retired senior military officers have backed the death sentence passed on 12 soldiers of the Nigerian Army for committing mutiny.

The officers told SUNDAY PUNCH that it was necessary for the military to maintain its age-long rules on discipline.

The soldiers were court-martialled for a variety of offences, including firing shots at the General Officer Commanding, 7 Division of the Nigerian Army, Major General Ahmed Mohammed, in Maiduguri, Borno State.

The military court, which convicted the soldiers in Abuja, found 13 out of the 18 soldiers guilty of mutiny, criminal conspiracy, attempted murder (shooting at the vehicle of the GOC); insubordination and false accusation.

Twelve of the convicted soldiers were sentenced to death, five were discharged and acquitted, while the remaining one was jailed for 28 days with hard labour.

In the aftermath of the conviction, some prominent Nigerians and pressure groups have urged the military not to carry out the sentences.

But the retired senior military officers who spoke to our correspondents hailed the judgment and said it would have to be carried out.

A former Commandant of the Nigerian Army School of Infantry, Brig.-Gen. Williams Obene (retd.), said, “I commend the boldness of the Army authorities to follow the terms and conditions of service – the extant laws that established the armed forces, particularly the Army– and for trying to uphold discipline at the highest level.

“When politicians and highly influential Nigerians interfere in the daily administration of the military, things become difficult. That situation is very prevalent under democracy.”

Also, a former Adjutant-General of the Nigerian Army, Major General David Jemibewon (retd.), said the court martial must have considered available evidence and circumstances before reaching its decision on the soldiers.

Jemibewon who is a former Minister of Police Affairs said, “The military does not operate on sentiments or on people expressing either sympathy or lack of sympathy. Most of the things (we do) in the military are based on laws. It is difficult for me to align with people calling for clemency or pardon.

“The court martial has the facts and they have now come to conclusion after allowing evidence.”

In the same vein, retired Colonel Anthony Nyiam also hailed the judgment. Nyiam, was one of those sentenced to death by the regime of former head of state, Ibrahim Babangida, said, “As a soldier, and respecter of the law and tradition, the worst thing a soldier can do is to mutiny. And the penalty, as the law says, should be served. If you interrupt the traditions of the military, you’re interfering with the foundations.”

Similarly, a former military administrator of Bauchi and Osun states, Col. Theophilus Bamigboye (retd.), backed the sentence, adding that it was in line with military rules and regulations.

He said, “The court has followed the laid down procedure and military etiquette. They (the court) must have looked at the entire situations before arriving at the sentence.

“We have our own laws and so many things regulating our conduct in the military. I will not want anybody to die but we are talking of military procedure, which has to be followed.”

Meanwhile, the Nigerian Army has said it is waiting for the approval of the Chief of Army Staff, Lt.-Gen. Kenneth Minimah, on the death sentence given to the soldiers.

In an interview with one of our correspondents, the Director, Army Public Relations, Brig.-Gen. Olajide Laleye, insisted that the military must handle its matters in line with stipulated procedures even in the face of contrary public opinion.

He said, “The issues are these: was an offence committed; did the military follow due process in prosecuting those involved in the offence; were the cases duly prosecuted in a court of law recognised by the law?

“The Army followed standard military procedures, set up a court that is recognised by the laws of the country and carried out the trial in line with the procedures of the military.

“But why are people even jumping the gun. The judgment is still awaiting confirmation by the Chief of Army Staff.”