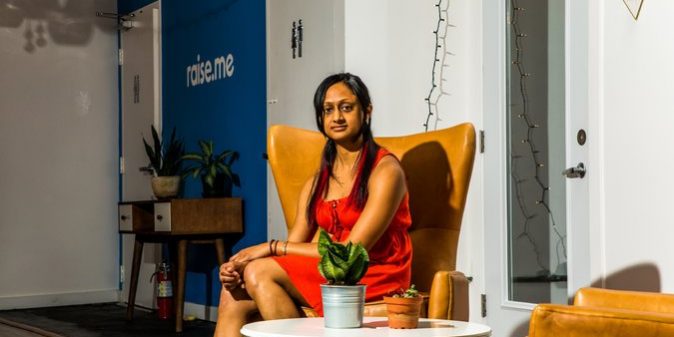 Data. It is the gasoline that fuels advertiser-supported internet giants like Facebook and the gold that companies mine for their algorithms.

Now regulators in Europe are asking whether Facebook is excessively collecting details about the online activities of internet users — in effect, forcibly extracting a valuable commodity from consumers.

The authorities in a number of European countries contend that Facebook has unfairly used its leverage to collect details about the activities of both Facebook users and nonusers on millions of third-party sites that use tools like Facebook’s “like” button and analytics service. Some of those regulators have developed a novel argument: data coercion.

This month, Italy’s Competition Authority said Facebook was using “undue influence” to get consumers to “consent to the collection and use of all the information concerning them.” In February, a court in Belgium found that Facebook had collected details about Belgium-based internet users without their unequivocal consent and ordered it to stop collecting data on non-Facebook sites “in a manner that is excessive.”

And in December, antitrust regulators in Germany said in a preliminary finding that Facebook was abusing its dominant market position there by requiring users to let the company “limitlessly amass every kind of data generated by using third-party websites and merge it with the user’s Facebook account.”

Until recently, few consumers stopped to consider the value of their personal information or how much of it they were forking over in exchange for free online services.

But the recent revelations that the voter-profiling firm Cambridge Analytica obtained the personal information of up to 87 million Facebook users have prompted more questions about the data the social media giant is collecting.

“If something is being sold at a certain price, you can make an informed decision on whether you’re willing to pay,” said Anisha Sekar, a 27-year-old product manager at RaiseMe, a start-up in San Francisco that helps students earn college scholarships. “With Facebook, it’s difficult to know what you’re giving up, and you can’t really make a fully informed choice.”

Although Twitter, Google Analytics and many other services also track consumers’ online activities for advertising or website measurement purposes, German regulators singled out Facebook’s terms and conditions as inappropriate.

They say consumers in Germany have little choice of social networks, forcing users to consent to Facebook’s collection of their web-browsing data if they want Facebook accounts. According to the regulators’ analysis, Facebook has a 95 percent market share of social networking in Germany.

“Since we believe Facebook is dominant, the user’s agreement to these terms and conditions is not voluntary,” Andreas Mundt, the president of Germany’s Federal Cartel Office, said in a recent phone interview.

Because users in Germany lack a real choice, he added, Facebook in effect is able to extract whatever data it wants from them. “The Facebook case is really about excessive pricing vis-à-vis the consumer,” Mr. Mundt said.

He compared the current Facebook proceeding to a 2013 case in which his agency charged Amazon with unfairly prohibiting sellers, as a condition of selling their products on the site, from offering lower prices elsewhere. Amazon ultimately agreed to abandon its pricing practice.

The regulators are not trying to quantify the specific monetary value of data. German, Italian and Belgian regulators are arguing in different ways that certain Facebook data practices are unfair or misleading, not directly causing financial harm to consumers.

Facebook has appealed the judge’s ruling in Belgium. The company also disagrees with the German regulators’ finding of dominance. Matt Steinfeld, a Facebook spokesman, said that just half of internet users in Germany used Facebook while the rest used other services.

“Like Facebook, many of those services are supported by ads and offer tools to other apps and websites, then use information they collect to improve people’s experience,” Mr. Steinfeld said in a statement. “This is not the picture of an internet dominated by a single renegade company.”

He said the company looked forward to answering questions from regulators in Italy.

The United States, where 68 percent of adults say they use Facebook, according to the Pew Research Center, looks at competition differently. Experts said federal regulators would be unlikely to consider Facebook the dominant player, given that many consumers in the United States also use Twitter, Snapchat and other services.

“To some degree, we would say most consumers want relevance and aren’t too concerned about privacy,” Bryan Kennedy, the chief executive of Epsilon, a data broker and analytics provider, said at recent ad industry conference.

While consumers may like discounts and relevance, many are uncomfortable with the data-mining that goes into those benefits. According to a study by researchers at the University of Pennsylvania, many consumers think the trade-off is unfair and, in fact, are simply “resigned” to being data-mined. The recent news that Cambridge Analytica siphoned off the data of Facebook users and their friends has made the trade-off only look like a rawer deal.

Ms. Sekar, the start-up employee, said she had long accepted that using Facebook and Facebook-owned services like Instagram meant that the company would collect information about her for ads.

But that exchange has become more complicated, she said, as new questions emerge about how consumers’ data could be mined to profile and potentially manipulate them. While she is still using Facebook and Instagram and has a “decent sense” of what the company collects, she added, “it’s probably worse than I know.”

“It really frustrates me that all of this is done under the guise of: ‘Well, you made this choice. Nobody is making you sign up for Facebook,’” Ms. Sekar said.

Some industry experts, however, said it was illogical to suggest that Facebook was overcharging in data — because consumer data does not have a face value like a dollar bill. It’s a commodity with a fluctuating value, they said, depending on what it is used for.

“Mass quantities of data by itself doesn’t confer any kind of competition advantage or intrinsic value,” said Ryan Hagemann, the director of technology policy at the Niskanen Center, a libertarian think tank in Washington that has received funding from Facebook. “It’s about how the data is used.”

Facebook made about $84 on average per user in the United States and Canada last year and about $20 on average from users globally, up from $13.50 and $5 in 2012, the year it went public. Targeting ads to its 2.2 billion users helped Facebook generate revenue of $40.6 billion in 2017.

The consumer-tracking techniques underpinning that revenue are not unique to Facebook. But the Cambridge Analytica revelations and Facebook’s gargantuan online reach have put the social network in the hot seat. The company has compounded its problems by being unclear about its practices.

In two days of questioning during congressional hearings this month, Mark Zuckerberg, Facebook’s chief executive, told legislators that he did not know how many data points Facebook collected about individual users or how many non-Facebook sites the company tracked users on, and he offered incomplete answers about how the tracking worked.

Although Facebook allows users to opt out of seeing ads based on their use of other sites and apps, they cannot opt out of the company’s collecting details about their activities on those services.

After the congressional hearings, Facebook posted a blog item generally laying out how it receives data on users’ activities from non-Facebook sites.

“We can and will do more to help people understand how Facebook works and the choices they have,” Mr. Steinfeld, the Facebook spokesman, said.

Ms. Sekar’s ambivalence lines up with a sense of resignation that researchers at the University of Pennsylvania’s Annenberg School for Communication found when they asked Americans about their feelings on sharing unknown quantities of their data with companies.

While much of the ad industry views the consumers from whom it extracts information as willing and informed participants, the Penn researchers say users are in the dark about what they’re giving up.

“The whole idea is unethical if people don’t understand it,” said Joseph Turow, a professor at the Annenberg School and the lead author of the study.

This year, 63 percent of consumers who responded to the researchers’ questions said they wanted to have control over what companies can learn about them online, but have come to accept they have little control over that. That’s up from 58 percent in 2015.