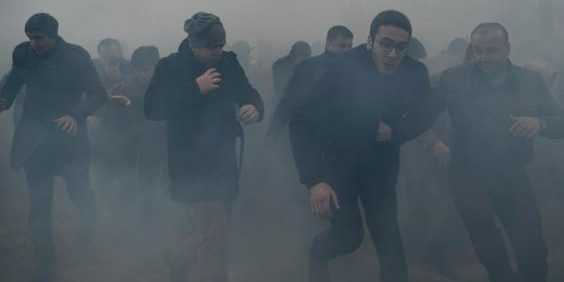 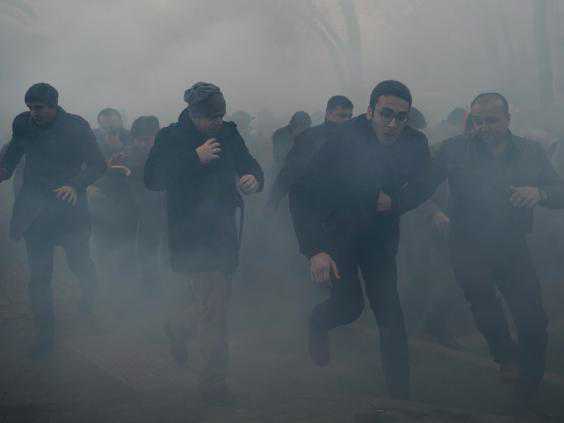 The head of the authority vetting countries aspiring to join the European Union has said Turkey’s hopes of joining the union have been “jeopardised” by a crackdown on press freedom.

Government administrators seized control of Zaman, the country’s largest newspaper, on Friday night following a court order and police have fired rubber bullets and tear gas to disperse the ensuing protests in Istanbul.

Its editor and chief columnist were sacked on Saturday and journalists were told to expect a “change in editorial policy” as access to the website was cut and administrators reportedly started attempts to delete the media group’s news archive.

Johannes Hahn, the European Enlargement Commissioner, wrote on Twitter that human rights are “not negotiable” for prospective EU members.

“Extremely worried about latest developments on Zaman newspaper which jeopardises progress made by Turkey in other areas,” he said.

“We will continue to monitor this case closely. Turkey, as a candidate country, needs to respect freedom of the media.”

Turkey was declared eligible to join the EU in 1997 and started accession negotiations in 2005, but the ongoing dispute over Cyprus and other human rights issues have repeatedly delayed talks.

But the emergence of the refugee crisis and the rise of Isis amid the explosion of conflicts in Syria and Iraq has made Turkey a crucial partner to the EU as a frontline against terrorists and millions of displaced people.

As an emergency summit on migration looms in Brussels on Monday, critics have accused European leaders of turning a blind eye to Turkey’s abuses as they attempt to stem the flow of asylum seekers and plough millions of pounds of funding into the country.

Daniel Calingaert, executive vice president of the US-based watchdog, Freedom House, said: ”The European Union and the United States, as Turkey’s partners and allies, should not trade Turkey’s support on migration and Syria for silence over the dismantling of democratic institutions.”

Martin Schulz, the European Parliament President, tweeted that Zaman’s takeover was “yet another blow to press freedom” and pledged to discuss the matter with Prime Minister Ahmet Davutoglu at the summit.

“If one disagrees about claims or reports of a newspaper, he should counter them with facts, not by gagging journalism,” he added.

Nils Muižnieks, the European Commissioner for Human Rights, added to the condemnation with an official statement saying he “deplored” the seizure and pointing to a similar move against the Koza Ipek media group in October.

“I see this as an extremely serious interference with media freedom which should have no place in a democratic society,” he wrote.

“It is the latest in a string of unacceptable and undue restrictions of media freedom in Turkey, and it reinforces an extremely worrying pattern of judicial harassment against dissenting media and journalists in the country.”

Mr Muižnieks urged Turkish authorities to reverse its intervention and prevent any similar steps in the future, vowing to raise the issue during his visit to the country next month.

The US State Department also raised concern, with its spokesperson John Kirby, calling Zaman’s takeover “the latest in a series of troubling judicial and law enforcement actions taken by the Turkish government targeting media outlets and others critical of it”.

He added: “Court-ordered supervision of a media company’s finances and operations should not prompt changes to the newsroom or editorial policy.

“As Turkey’s friend and NATO ally – and we do count ourself as a friend of Turkey (but) we urge Turkish authorities to ensure their actions uphold the universal democratic values enshrined in their own constitution, including freedom of speech and especially freedom of the press.”

The Turkish government accuses Zaman of supporting US-based cleric Fethullah Gülen, who was once an ally of President Recep Tayyip Erdogan but is now held as a “terrorist” inciting a coup through his religious Gülen movement.

The newspaper, which has a daily readership of around 650,000, was taken over days after Turkey’s Constitutional Court ordered the release of two Turkish journalists charged with revealing state secrets.

Can Dundar and Erdem Gul, from the Cumhuriyet newspaper, were arrested in November over a report alleging that the Turkish government had tried to ship arms to Islamists in Syria.

The pair still face possible life sentences at their trial on 25 March.

Two newspapers and two television channels were also put under state administration over their alleged links with the Gülen, or Hizmet, movement last year.

Turkey ranks 149th among the 180 countries in the Reporters Without Borders’ World Press Freedom Index.