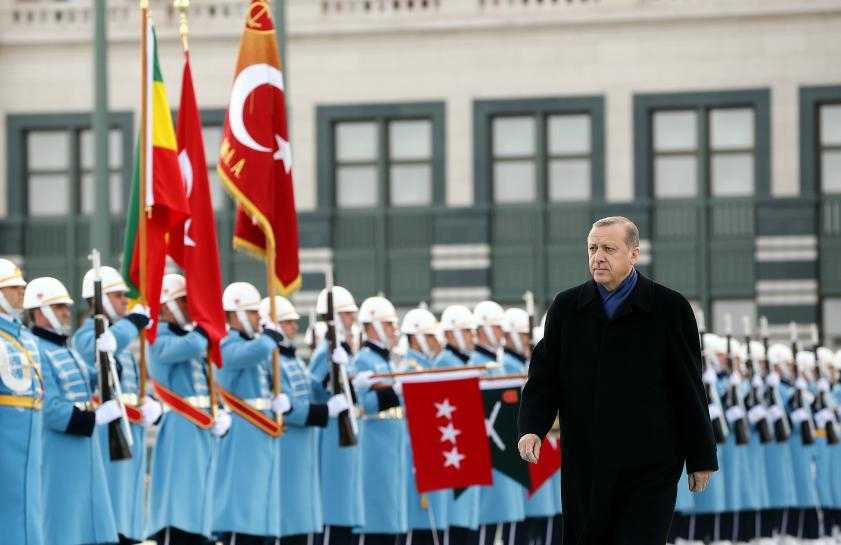 WASHINGTON/ANKARA Turkish President Tayyip Erdogan and U.S. President Donald Trump agreed in a phone call overnight to act jointly against Islamic State in the Syrian towns of al-Bab and Raqqa, both controlled by the militants, Turkish presidency sources said on Wednesday.

The two leaders discussed issues including a safe zone in Syria, the refugee crisis and the fight against terror, the sources said. They also said Erdogan had urged the United States not to support the Syrian Kurdish YPG militia.

Trump spoke about the two countries’ “shared commitment to combating terrorism in all its forms” and welcomed Turkey’s contributions to the fight against Islamic State, the White House said in a statement, but it gave no further details.

The Syrian Democratic Forces (SDF), an alliance of U.S.-backed militias, started a new phase of its campaign against Islamic State in Raqqa on Saturday.

Turkey, a NATO ally and part of the U.S.-led coalition against Islamic State, has repeatedly said it wants to be part of the operation to liberate Raqqa but does not want the YPG, which is part of the SDF alliance, to be involved.

Erdogan’s relations with former U.S. President Barack Obama were strained by U.S. support for the YPG militia, which Ankara regards as a terrorist organization and an extension of Kurdish militants waging an insurgency inside Turkey.

The Turkish army and Syrian rebel groups it supports are meanwhile fighting Islamic State in a separate campaign around al-Bab, northeast of the city of Aleppo. Ankara has complained in the past about a lack of U.S. support for that campaign.

The offices of both leaders said Trump had reiterated U.S. support for Turkey “as a strategic partner and NATO ally” during the phone call on Tuesday.

Turkey has been frustrated by what it sees as Washington’s reluctance to hand over Gulen, who has lived in self-imposed exile in Pennsylvania since 1999.

There was no immediate confirmation from Washington of Pompeo’s visit.