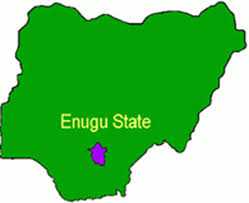 Twenty one victims, including a Lebanese, were rescued according to the police who said one of the suspects, a girl, was found dead.

Enugu police spokesman Ebere Amaraizu, quoted Commissioner of Police Abubakar Adamu Mohammed as vowing to urgently investigate the cases with a view to ensuring that justice was done by taking them to court.

He said the Lebanese, Mohammed Kanaan, attached to Grey Line Construction Company Udi/Ugwuoba road Enugu, was rescued and a prime suspect, Albert Chukwu alias Agbalanze, who claimed he hailed from Ugwuoba, was tracked and arrested in connection with the incident. The suspect, he said, is assisting the operatives in their investigation.

The police boss said his operatives, acting on a tip off, rescued unhurt, one Fidelia Obetta from Nsukka from his abductors. He said four suspects: Chibueze Areji,Ikowo Ekene,Eze Ikechukwu and Ezema Okechukwu were arrested while two locally-made guns with live cartrigdes were recovered from the suspects..

He said Ijeoma Maduabuchi was killed by her abductors at Obinagu village Ugwuoba in Oji River local Government Area adding that seven suspects were arrested.