Enugu stands still for President Jonathan as he approves 1,000MW dirty coal plant that will be generating lung cancer 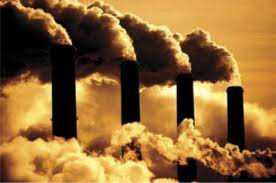 (Over the years, mounting evidence has accumulated against coal. Research has shown the severe, and often unaccounted for, human health impacts from coal emissions on miners, workers and local communities. Health risks from coal include lung cancer, bronchitis, heart disease and other health conditions. In the US, 50,000 deaths each year have been attributed to air pollution from coal-fired power generation. Globally, air pollution from coal combustion is accountable for more than 200,000 deaths per year.)

MOVES by President Goodluck Jonathan to return to power in 2015 got a boost on Thursday, when the people of Enugu State reiterated their total support for his re-election.

The town literally stood still for him, with markets, schools and ministries (both federal and state), as well as parastatals and commercial banks shut down in his honour.

Thousands of people, both from within and outside the Enugu capital, besieged Nnamdi Azikiwe Stadium, the venue of the event, from 8.00 a.m. to catch a glimpse of the president.

While assuring Vice President Namandi Sambo, during the pro-Jonathan rally organised by the Enugu Movement for Re-election of Jonathan (EMJ), Governor Sullivan Chime urged President Jonathan to forget coming to the Coal City state for his campaign, stressing that the state remained 100 per cent loyal to him.

Chime recalled that in 2011, he was emphatic that Enugu State was 100 per cent in support of the Peoples Democratic Party (PDP) president, adding that if there would be any vote not meant for President Jonathan in the next presidential election, then it would be a void vote cast in an error.

Responding, Vice President Sambo, who also represented President Jonathan, expressed happiness over the high turnout at the event and the support given to the president by the good people of Enugu State.

“You have told me that Mr President should forget coming to Enugu to campaign for 2015 presidential election, I agree with you, but if I go back, I will advise Mr President to come to Enugu to thank the people for their overwhelming support for him.”

Meanwhile, President Jonathan has approved the establishment of a coal power plant that will generate 1,000 megawatts of electricity in Enugu.

Speaking through Sambo, President Jonathan said the plant would complement other electricity projects being executed by the Federal Government and private investors in the area.

He also commended Governor Chime for building a helipad for the Nigeria Police, saying that Enugu was the first state in the country to do so.