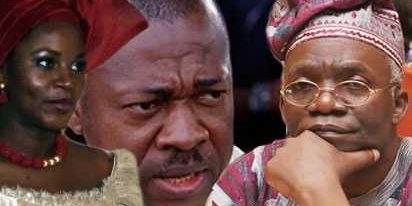 Enugu Monarch ProtestHundreds of indigenes of Eziani community, in Nsukka Local Government Area, stormed the premises of the Enugu State Ministry of Chieftaincy Matters on Friday, protesting alleged imposition of a traditional ruler on them by the ministry officials.
The protesters made up of aged men and women, as well as youths, arrived Enugu the state capital from Nsukka as early as 9 a.m chanting angry songs.
They carried placards bearing different inscriptions such as “No to Imposition of Igwe on Our Community”, “Enugu State Government Please us as Other Communities Where You Conduct Elections for Igweship”, No to Injustice, Due Process Must be Followed”, Without Justice, No Peace”, among others.
In a protest letter addressed to Governor Sullivan Chime of Enugu State, they alleged that contrary to laid down rules and procedures, few highly placed individuals were bent on imposing a monarch on the community.
The letter read in parts, “We the people of Eziani are here to again beg the government of Enugu State to come to our aid, as some few individuals are bent on doing things against the right of the people.
“We listen to news, we go out, we observed that this ministry has been doing well to so many communities by restoring peace to those communities through the conduct of elections for the Igweship positions of such communities.
“It is on record that when the ministry came to our community, Eziani in Nsukka Local Government on 4th June 2012 for verification exercise, the commissioner, Pastor Emeka Abugu promised that the ministry will come back to conduct an election for Eziani people”.
The commissioner was quoted as saying then that “we have seen that there are more than one candidate for the Igweship stool of Eziani community, therefore, we will come back to conduct an election. I also want to let Eziani people know that government make more money when there are multiple candidates, so any other person that is interested should go to the ministry at Enugu and buy form, it is N100, 000 (one hundred thousand naira), per contestant”.
They lamented that “we complied and two people went to the ministry and bought the forms at the rate of N100, 000 each. Yet up till now, the ministry has not come to conduct the election.
“When government take side on any issue bordering the masses, especially when it comes to their traditional rulers, it is obvious that such government is encouraging bad blood among the people and as such make them fight against themselves, which may lead to loss of lives”.
DailyPost reports that the commissioner, Pastor Emeka Abugu, who arrived the office three hours later told the protesters that the only option left for them was to go to court.
He stressed that “your foundation, the constitution is faulty; most traditional rulers did not consult the people before writing the constitution, and the rule of government is that we don’t change the constitution when it is time to elect a new traditional ruler.
“As long as government has recognized him as Igwe, there is nothing anybody can do to remove him; the only thing that can remove him is decision of the court; even if you kill everybody in your place, it will not change anything; I cannot overrule myself, just like the INEC cannot go back after it has declared somebody winner”.
Abugu said he would go ahead with coronation of Chief Tony Ezema as the traditional ruler of the community.