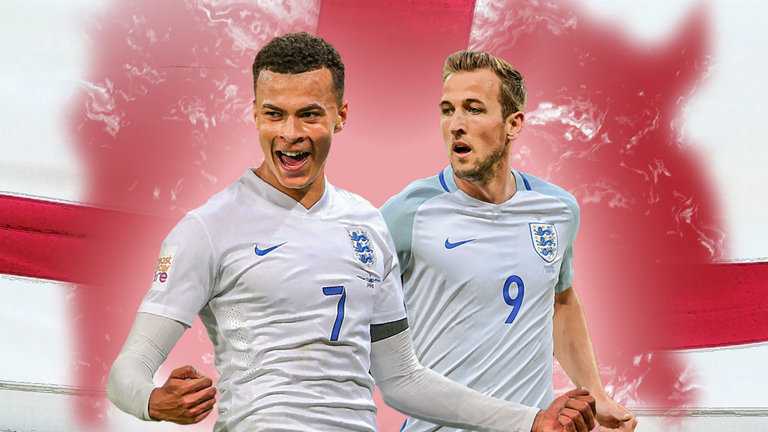 It is some time since international football could genuinely be regarded as the pinnacle of the game. Globalisation coupled with the financial strength of the biggest clubs has allowed the very best talent to congregate regardless of their nationality. This concentration of talent is just one reason why the slickest interplay tends to be reserved for the club game.

Another, of course, is time. International coaches frequently bemoan the lack of it. With limited training sessions in which to transmit ideas or work on team shape, cautious football is often the result. After all, it is easier to compensate for any diminished understanding with an emphasis on defence. Coordinated attacking movements are harder to replicate.

That is what makes the Harry Kane and Dele Alli partnership so potentially devastating.

The prospect of unleashing the Tottenham pairing at international level is perhaps the greatest cause for optimism regarding England’s chances at next summer’s World Cup.

They have only seven international goals between them so far. But then, Kane and Alli have only begun seven international games alongside each other too. One of the two men found the net in each of their first three matches in which they started together. They have not both been on the pitch at the same time for England since the hapless defeat to Iceland.

The Spurs duo can expect rather more success in the future than they enjoyed that day. Indeed, as young partnerships go – and it can surely be regarded as a genuine partnership given Alli’s advanced role for Tottenham this past season – it is without equal in Europe.

Kane is one of the top goalscorers on the continent and it is worth remembering that the Premier League golden boot winner is also only 23. Nobody under the age of 24 in Europe’s top leagues can match his tally of 29 goals, and with 18 of his own in 2016/17, Alli is also fourth on the list – only Torino’s Andrea Belotti and Leipzig’s Timo Werner can split them.

For Gareth Southgate to have two young goalscorers at his disposal who are operating together at the same club is an unusual advantage. The England manager will recall the importance of the partnership between old colleagues Teddy Sheringham and Alan Shearer at international level, perhaps the best that the national team has enjoyed in 25 years.

But Kane and Alli have the potential to be even better. Sheringham had already turned 30 when he and Shearer really clicked at Euro ’96. The current Spurs pair have lots more time to hone their skills as a pair. Significantly, Kane and Alli have already started 66 club games together – more than either Shearer or Sheringham played for England in total.

The consequence of that is that they already have an understanding. It is not something that necessarily manifests itself in assists alone. They know how to find each other, of course, but they also know how to stay out of each other’s way. Kane’s movement opens space for Alli to run into; Alli knows the runs that he needs to make to occupy the gaps Kane leaves.

“It’s natural instinct to link up with Harry the way I do,” said Alli last season and Kane agrees. “It’s very natural,” explained the striker when speaking in March. “Ever since Dele came to the club we’ve had an understanding of each other and the way we play. The more we play together, the more it will grow.”

That’s the hope. And while there is little risk of Southgate ignoring the opportunity to pair them alongside each other, the task will be to ensure that England’s attacking play is not complicated too much by the presence of others. International football can be stodgy. But in Kane and Alli, maybe England have a combination that can change that. Together.