England meet Scots in U21 qualifiers 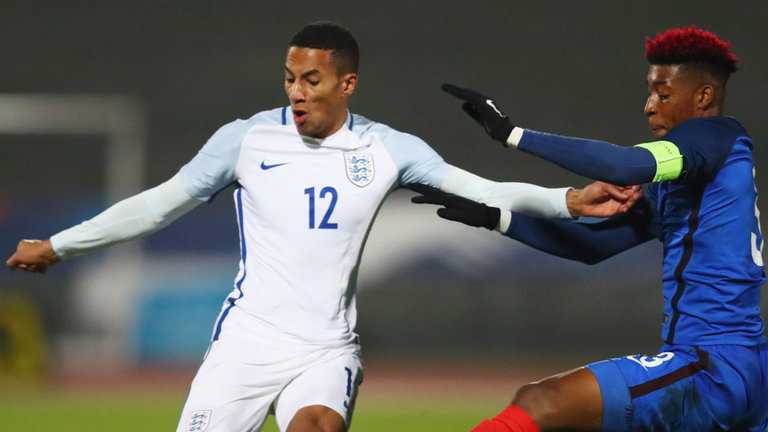 England U21s face games against Scotland and the Netherlands in the 2019 European Championship Qualifiers.

The teams have been drawn in Group 4 along with Ukraine, Latvia and Andorra ahead of the finals in Italy and San Marino.

Preliminary matches will be played between September this year and October 2018, with only the nine group winners advancing directly to the main event.

Two of the four best runners-up will qualify via play-offs to the 12-team tournament. Italy get a bye to the finals as hosts but 54 other nations will compete for the remaining places, including co-hosts San Marino.

England’s interim U21 head coach Aidy Boothroyd – one of the favourites for the position on a permanent basis following Gareth Southgate’s appointment as manager of the senior team – was in Nyon for the draw.

Elsewhere, Northern Ireland have two of this year’s finalists in their group after they were drawn in a section with Spain and Slovakia. Iceland, Albania and Estonia complete the section.

The Republic of Ireland, meanwhile, will play their qualifiers against Germany, Israel, Norway, Azerbaijan and newcomers Kosovo.