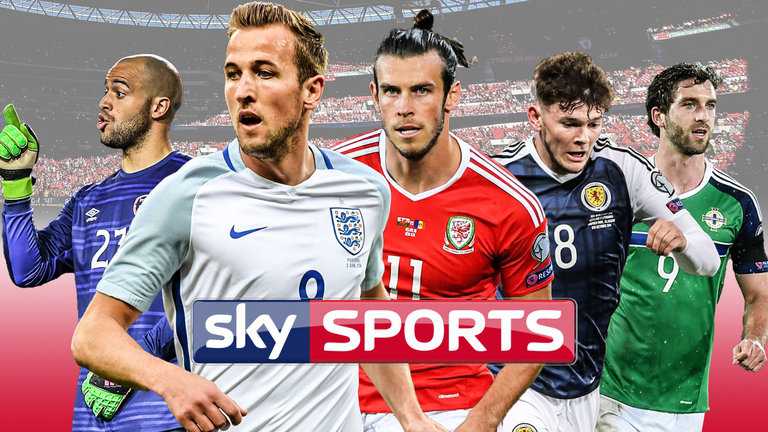 Sky Sports has won the exclusive live rights to show competitive England matches in the UEFA Nations League, as part of a new deal for European national team football including qualifiers for Euro 2020 and the World Cup 2022.

The agreement offers up to 900 live matches between 2018 and 2022 and further strengthens Sky Sports as the unrivalled home of live football. It means Sky Sports will be the best place for viewers to follow the qualification progress of all of the Home Nations for the next six years.

Under the new deal, Sky Sports customers can enjoy:

Sky Sports has won exclusive live rights to all Home Nations for the inaugural staging of the UEFA Nations League, which will be split into four leagues based on UEFA rankings with the highest-ranked teams playing against each other across September, October and November 2018.

Barney Francis, managing director of Sky Sports said: “Showing England in competitive matches exclusively live for the first time in seven years is great news for our viewers with the UEFA Nations League putting the top nations against each other regularly. Added to the recent success of Wales and Northern Ireland in reaching major tournaments, there is even more reason to follow the Home Nations on Sky Sports.”

Sky Sports showed every UEFA Euro 2016 qualifier featuring Scotland, Wales, Northern Ireland and the Republic of Ireland with three of those nations taking their place at the tournament in France and Wales reaching an historic semi-final in their first ever UEFA European Championship finals appearance.

Sky Sports is also the only place to watch those same teams try to reach Russia and the FIFA World Cup 2018. The live coverage of up to 250 matches across Europe leading up to the tournament next summer also includes highlights of every England qualifier.

Extending the coverage of live international football further underlines the unrivalled breadth of coverage offered by Sky Sports across eight channels. Sky Sports has recently added The Open, even more Premier League matches and extended agreements with Formula 1 and La Liga as Sky continues to provide customers more choice than ever before.