‘England compare to All Blacks’ 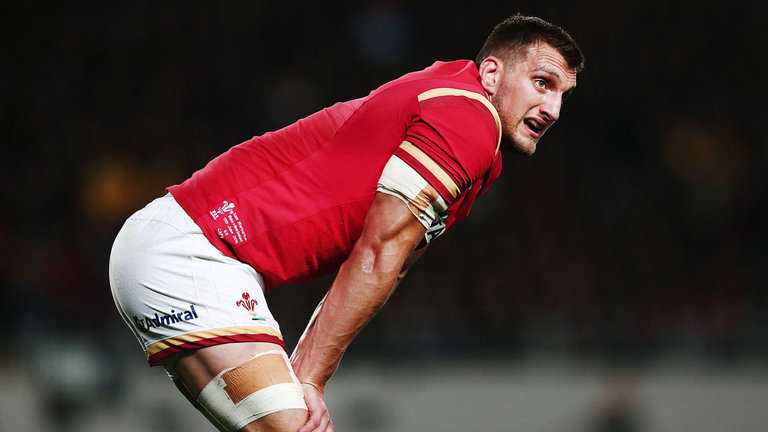 Wales back row man Sam Warburton says it is not unreasonable to compare the current England side with world champions New Zealand.

England will be in Cardiff on Saturday looking for a 16th straight win against all opponents and to remain on course for a second straight Grand Slam.

They were only narrow winners in their tournament opener against France on Saturday but Warburton thinks their current winning run entitles them to comparison with the All Blacks.

“It is always a massive Test,” said the former Wales captain, who is set to line up against England for the 10th time in his illustrious career.

“It is one of the toughest games you will play in, regardless of what side they bring, as they proved two years ago. They had quite a few injuries that day, but they still beat us, so we know we have got to be extremely good to beat England.

“England are deservedly tagged as the best team in the northern hemisphere. It’s a fair judgement to compare them to the All Blacks right now – that’s how good they are.

“It is going to take a huge game out of us to get a win, and it will be one of the biggest games of the championship for sure.”

Wales memorably wrecked England’s Grand Slam dreams in the final game of the tournament in 2013 and, having beaten Italy in their Six Nations opener last Sunday, expectation levels are high ahead of the 130th meeting between these great rivals at the weekend.

“You can sense it, and we know as players during the build-up to Wales-England games that it is one the fans look forward to the most,” Warburton added.

“I am not going to hide from that fact. But, as players, when you train extremely hard and make all the sacrifices, those are the type of fixtures you want to be involved in.

“You just love being in the cauldron of the Principality Stadium against a team like England. If you are Wales, Scotland, Ireland, France or Italy in the Six Nations, the biggest game is England.

“When you chat to players from those countries, that is how they feel. They really prioritise that match because everyone just wants to beat England.

“I guess that is just due to the success they have had in the past, and what they are going through now. It is always a big scalp if you can beat England, because they are a great team.

“It [Saturday] is similar to 2013 when they were coming for the Grand Slam, but our record against England in the Six Nations isn’t actually that great. I think we have lost the last three Six Nations games.

“They have been one of our toughest opponents, as results show over the past few years, and we know we are in for another hard game on Saturday.”