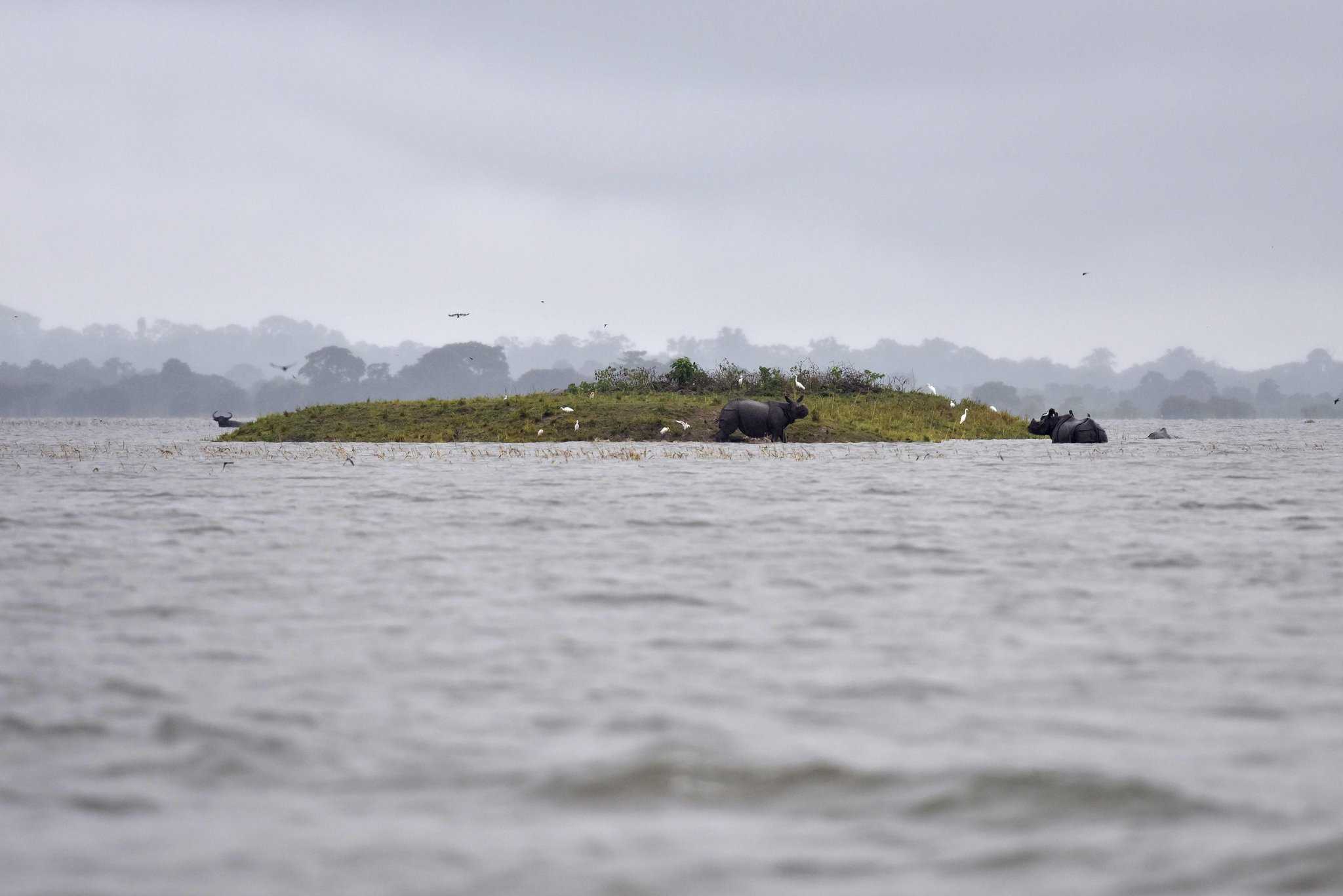 Severe flooding since June in Assam State has forced half a million people from their homes and left scores of animals in Kaziranga National Park in grave danger, said Pramila Rani Brahma, the state’s forest and environment minister.

The park is home to elephants, Indian hog deer, wild buffalo and the one-horned rhino, a species facing a “high risk of extinction in the wild,” according to the World Wildlife Fund.

Some animals, including most of the park’s elephants, have managed to flee the flooding to areas near where park officials say they can provide them protection from poachers, but the rhinos have escaped to areas difficult for the rangers to patrol, said Satyendra Singh, the park’s director.

Most of the park’s ranger stations have flooded. The authorities have turned to technology to patrol the 195-square-mile park, relying on drones to monitor the rhinos and look for poachers. The drones, Mr. Singh said, are able to follow the animals even when they leave the park.

“They are going for the shelter,” Mr. Singh told The Associated Press. “So we have to give protection to those animals, and so whenever some animals are going outside the park, we are sending our team along with them.”

Rangers were also posted along the highway near the park, searching vehicles for poachers and providing security to animals trying to cross the road.

The one-horned rhino, also known as the Indian rhino, is the largest of the species. The animals were once found throughout northern India and the eastern Himalayas, but poaching and habitat loss have devastated their numbers. Today, about 3,500 one-horned rhinos are still believed to be in the wild, the majority of which live in Kaziranga National Park.

India’s annual monsoon lasts from June to September. Flooding this year has already killed 28 people and an untold number of animals.