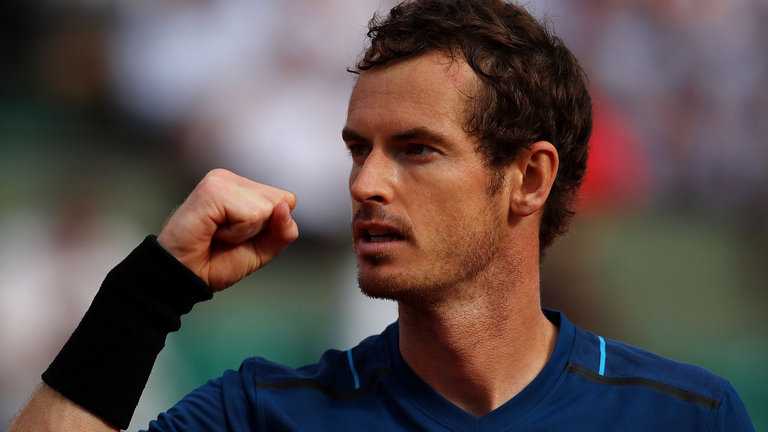 Andy Murray was “confident enough to play with variety” during his four-set win over Andrey Kuznetsov, which puts him in good stead for the rest of the French Open, says Mark Petchey.

Given his build-up, with only four wins on clay all season, and the heavy cold that affected him last week, Petchey felt the performance was better than expected given the fact Kuznetsov had reached the semi-finals in Geneva prior to the tournament.

“It was a very tricky first-round match with his preparation coming in, in terms of the number of wins that he had under his belt and I thought he handled it very well,” said the Sky Sports’ analyst.

“I think he’ll be happy with the final two sets, although he didn’t add much to the pace of the ball, but his court positioning was a lot better. He was able to play the type of game that makes him very difficult to play against.

“More drop shots in sets three and four indicates he had better court position close to the baseline. He had his man standing a lot deeper and out of position; those are the things that make him very hard to play. Big serves and huge forehands are crucial, but for him to feel confident enough to play with that much variety was very encouraging.

“I think his serve was a lot better in terms of accuracy but I’m sure he’ll know he will have to play a little better going forward. He doesn’t have the easiest draw, but it was obviously a very crucial match because had he not played potentially near his best he could have been in a fifth set dog fight or possibly even out.”

Murray, who was runner-up to Novak Djokovic last year, has been struggling in 2017 but looked far more comfortable on the red dirt as the match progressed.

“Being a big part of his improvement over the years has been how comfortable he feels to move on it so that’s something that he has worked very hard at over the years. It’s not just about getting to the ball – it’s about recovering the position, which is crucial on clay,” said Murray’s former coach.

“Given the noise about Andy potential going the same way as women’s world No 1 Angelique Kerber, you’ve got to say that he’s handled it very, very well.”

Murray will face Martin Klizan for a place in the last 32 after the Slovak prevailed in a tense five-setter against French wild card Laurent Lokoli.

Petchey added: “He’s got a tough draw and everyone was talking about opponents down the road, but today was the priority. That fact that he has a difficult draw simplifies things because he has to take it round by round – it’s the old cliche.

“Klizan will be a bit emotionally drained from playing a five-set match, but Andy has to be careful and watch out for the big forehand the Slovak has and now allow him the time on the ball that he wants.”

Kyle Edmund reached the second round for the third year in a row with a convincing victory over Portugal’s Gastao Elias and Petchey feels that he is making huge strides.

“He’s due a very big win in a very big tournament and whether it comes here at the French or it comes somewhere else, it will come – he’s too good a player.”

Petchey felt some sympathy for Jo Konta after the British No 1 suffered a shock loss to Hsieh Su-wei on Court Philippe Chatrier earlier in the day.

“It’s disappointing, it’s a bit of a set back in terms of her ultimate goals of challenging for a major title. At the same time, if you look back and analyse where she is, Jo will be pretty happy with the progress that she’s made in the last couple of years.