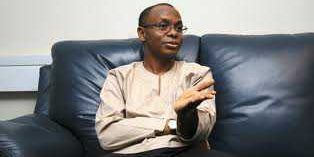 that the six-year single term proposed by the Senate will not solve the nation’s leadership problem.

El-Rufai spoke in Zaria, Kaduna State at the weekend.

According to him, the non-preparation of president and governors for the offices into which they are elected is responsible for the crisis of leadership.

The former minister said the APC was prepared to unseat the ruling Peoples Democratic Party (PDP) and correct the ills in the society, pointing out, however, that 2015 was still far away.

The PDP has ruled the country and it has failed to live up to its promises. It has not provided us with basic outlets of security and prosperity.

“So, we believe that in a fair and free election, APC is going to prevail over them and all we are doing now is to come together. When we come together, we will organise ourselves to be sure that we are all over the country and put in place a system to protect our votes because PDP doesn’t win elections.

“They know how to write a result that they want and we have to think of a way to protect our votes. That is what we are working on. I think the impact of APC can be gauged from the performance of the states that are already being controlled by the parties that constitute APC.

“You can’t compare the performances of Governors Rauf Aregbesola and Babatunde Fashola (Osun and Lagos) for instance to some of those PDP governors that only know how to get allocations and share. So, we are confident that Nigerians can see the difference between a government and a gang of thieves, and they will vote for us.

“The constitution that we are operating was borrowed from the United States (U.S.) and they did not see any reason to change their constitution to single term. I don’t know why we are changing our own.

“The problem of Nigeria is not the single term or the constitution. It is the quality of people that found themselves in public office. When you are not prepared for a job, you start preparing what to do when you get to the office.

“But if you really prepared, four-year is not enough for you to show that you can perform, and we have a situation where the president and governors get to offices without any plan until they got there. So, even 20-year single tenure is not enough for them.”