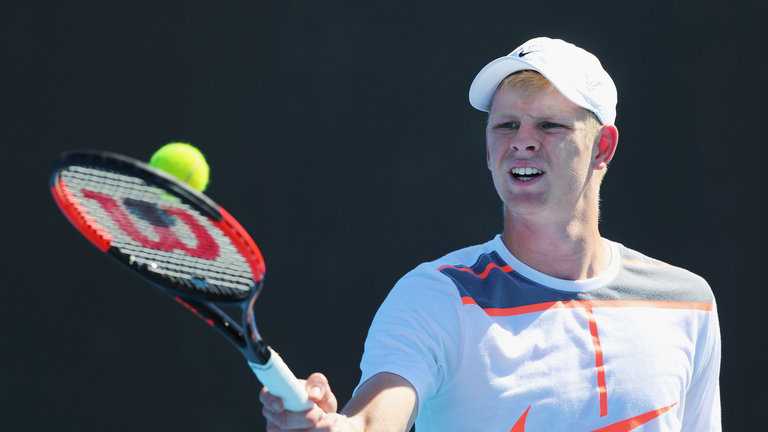 Kyle Edmund is through to the second round in Delray Beach after completing a 6-3 6-0 thrashing of Adrian Mannarino in bizarre fashion.

Trailing 6-3 5-0 and 15-love, Mannarino was penalised a game for smashing a ball out of the court in anger, and that punishment was enough to confirm the Frenchman’s defeat.

Shapovalov was defaulted for blasting a ball out of court and into the eye of umpire Arnaud Gabas, when Edmund was leading the match 6-3 6-4 2-1.

Edmund was similarly dominant against Mannarino, breaking once to take set one and then powering through the second set.

A frustrated Mannarino kicked a chair midway through that set, before hitting a ball in the direction of a ball-boy.

And in the final game, with Edmund serving, Mannarino slammed two consecutive returns out of the court and was then handed the decisive game penalty.

The British number three’s win over the World No 60 sets up a second round clash with Taiwan’s Yen-Hsun Lu, who beat American wildcard Bjorn Fratangelo 4-6 7-5 6-4.