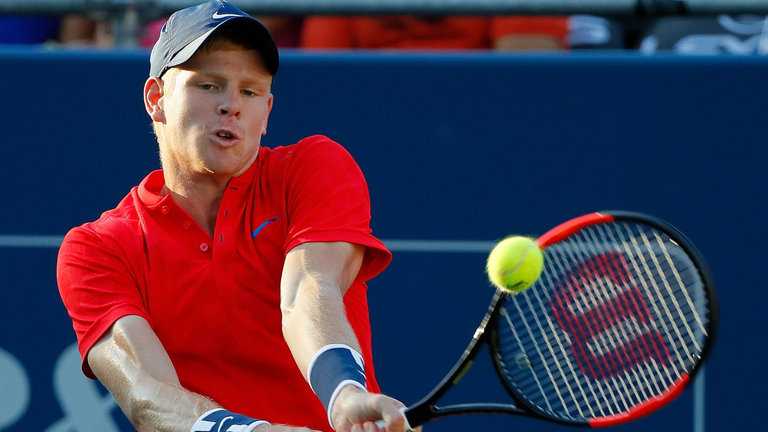 Kyle Edmund failed to reach his maiden ATP final of his career after suffering a three-set defeat to Ryan Harrison in the Atlanta Open.

Edmund won the first set tie-break of the semi-final clash, but Harrison rallied to win the remaining two sets to book a meeting with fellow American John Isner in the final after a 6-7 (7) 6-3 6-4 victory.

The British No 2 broke Harrison when the American was serving for the opening set, but broke and carried that momentum into the tie-break only for Harrison to recover from the first set disappointment.

Harrison stormed into a 4-1 lead in the second set, helping him to level the match, before closing out the contest in accomplished fashion by winning eight of the final nine points from 4-4 in the third set including breaking Edmund’s serve to love.

Big-serving Isner proved too strong for Gilles Muller in the semi-final securing a 6-4 6-2 victory to advance to his fifth successive final at the Atlanta Open.

Isner, the second seed, needed just 75 minutes to book his place in the final and continue his excellent form at the tournament. The 32-year-old will be hoping to improve on last year’s final defeat to Nick Kyrgios but has tasted success in 2013, 14 and 15.

“It was a very good match. Absolutely nothing to complain about today,” Isner said. “I feel great physically, maybe the best I have felt in quite some time. More importantly than that I am pretty confident as well.”

Muller, who was broken twice in the second set, made no excuses for his defeat and admitted Isner allowed him no opportunities to recover.

“He made it very tough for me today,” Muller said. “I don’t feel like I played a bad match. I maybe didn’t serve well enough today but it’s also because of him, he put a lot of pressure on me.”