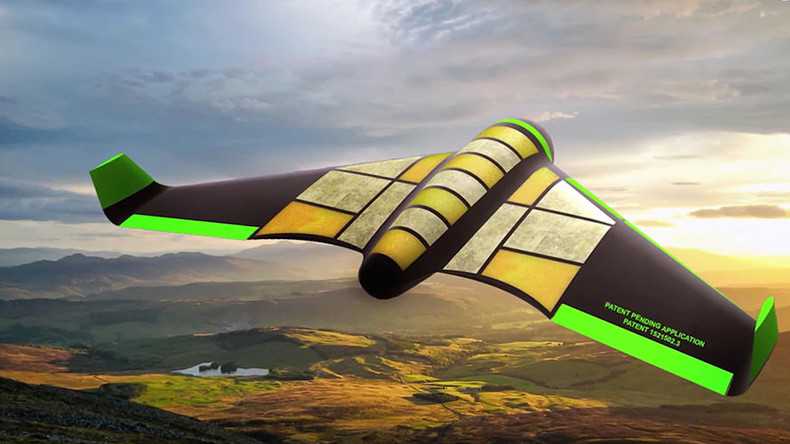 The Pouncer drone is made of an edible, starch-based thermoplastic. Its creator says just one aircraft could deliver enough food to feed 80 people for a day.

The Unmanned Aerial Vehicle (UAV), which has a three meter wingspan and compartments filled with food, water and medical supplies, can be launched from a military aircraft or from ground sites in the first hours of a disaster.

Ninety edible drones can be loaded onto a Hercules C-130 transport aircraft. When launched from 10,000 feet, they can glide for 22 miles, potentially delivering life-saving supplies to more than 7,000 people.

The internal steering system can deliver aid within seven meters of the intended target.

“The design was inspired by a skydiver’s wingsuit and the amazing distances they cover,” the drone’s creator Nigel Gifford told the Times.

“I’m a skydiver and have a background in getting food to people in hostile terrain going back to my army days, so you can see how the idea came about.

“The Pouncer would have been ideal for the Nepal earthquake of 2015. You could fly down a valley and get supplies to all the cut-off villages in one run. It would have also been a good solution in a situation like the Aleppo siege, where you’re dealing with hostile airspace,” he said.

Gifford, whose company developed the Pouncer, says the project has attracted interest from aid organizations like Medicins San Frontier (MSF) and the Red Cross, as well as defense giant Airbus.

His past projects include the Aquila drone, which was bought by Facebook in 2014.

Despite having the wingspan of a passenger jet, the Aquila weighs just 1,000 pounds and can stay aloft continuously for 90 days, while providing internet coverage for people on the ground.