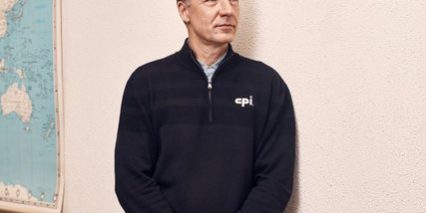 ‘How Long Can We Last?’ Trump’s Tariffs Hit Home in the U.S.

CP Industries just got an expensive lesson in the unintended consequences of protectionism.

Based in McKeesport, Pa., the company makes seamless vessels to store gases at high pressure — steel cylinders of up to six tons that it sells to the likes of the Navy, NASA and T. Boone Pickens’s Clean Energy. It has received the first bill from the 25 percent tariff that President Trump placed on steel from China and a few other countries: $178,703.09 assessed on a steel-pipe shipment scheduled to arrive at the Port of Philadelphia on Thursday.

That’s equivalent to about two weeks’ payroll. Over all, tariffs on steel pipe that the company has ordered from China — some already on its way across the Pacific — will add more than half a million dollars to raw-material costs over six months alone.

“How long can we last?” mused Michael Larsen, the company’s chief executive. “I don’t know. We could go down relatively fast.”

The tariff will add about 10 percent to the cost of CP Industries’ cylinders, which can sell for up to $35,000. And foreign rivals are already swooping in to lure away some of the company’s biggest clients. “We haven’t lost a big one yet, but the discussion over who is going to pay for the tariffs has started,” Mr. Larsen told me.

What most sticks in the executive’s craw is that he will probably end up losing business to the company’s main rival in China, Enric Gas Equipment Company of Shijiazhuang, which also makes jumbo vessels. Noting that Enric’s goods are imported under a classification not subject to the tariff, a CP Industries news release added, “It is impossible for CPI to compete with its Chinese competitor on this basis.”

This is what economists mean when they warn about the costs of protectionist policies. A tariff to protect one industry amounts to a tax on all of its customers. The steel tariffs tax the nation’s more high-tech manufacturing — carmakers, aerospace companies, makers of vessels to store hydrogen for use in fuel cells — to pay for a ring of protection around an aging industry that makes a raw material.

As Lawrence H. Summers, a top economic adviser to Presidents Bill Clinton and Barack Obama, quipped at a conference in China a couple of weeks ago, the trade moves amount to “a bit of a ‘Stop, or I’ll shoot myself in the foot’ kind of strategy.”

None of this is unknown to Mr. Trump’s trade advisers, by the way. Governments Democratic and Republican have repeatedly granted protection to the American steel industry since the 1960s, when foreign producers started making inroads into the United States.

In 1969, President Richard M. Nixon imposed “voluntary restraint” agreements on exporters from Japan and Europe. About a decade later the Carter administration established a system that allowed some steel imports as long as they were sold above a certain price.