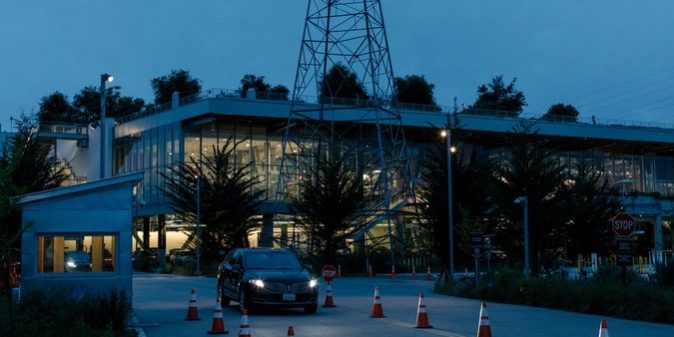 One of the most telling moments in the spectacle of Mark Zuckerberg’s congressional testimony last week was when Representative Billy Long, a Missouri Republican, warned the co-founder of Facebook of what Congress was likely to do about its multiple concerns surrounding the social network. “Congress is good at two things: doing nothing, and overreacting,” he said. After years of the former, he said, “we’re getting ready to overreact.”

That sounds worrisome. But I sympathize. Doing nothing and overreacting make sense when you have no clue of what is going on. And we don’t. The cloud of questions aimed at Mr. Zuckerberg — Is Facebook too dominant? Does it censor information? Whom does it share our data with? Does it help sell OxyContin? — suggests that we don’t really know what the problem with Facebook is. It also suggests we don’t understand what Facebook does.

That goes for the entire data-driven ecosystem, from Google to the auto companies riddling your car with sensors that can tell where you’ve been and how fast you got there. And that puts policymakers in an uncomfortable spot.

The crucial issue for Congress, government regulators, members of the public and even Mr. Zuckerberg is how much all this data-driven stuff is worth to us. What do we stand to lose by, say, sharply limiting the data these companies can collect? What do we stand to gain?

As Alessandro Acquisti of Carnegie Mellon University and colleagues put it in a recent paper, the question is “to what extent the combination of sophisticated analytics and massive amounts of consumer data will lead to an increase in aggregate welfare, and to what extent will it lead to mere changes in the allocation of wealth?”

“We don’t understand the value to us of the new data economy nor the risks it entails,” said Leonard Nakamura, an economist at the Federal Reserve Bank of Philadelphia who has studied the economic impact of data. “We just let it rip and now are trying to catch up.” Unfortunately, we have only rudimentary tools to measure the good and the bad.

As the data-driven economy continues evolving at breakneck speed, catching up may be beyond our reach; we will build the guardrails by trial and error. The risk is that policy will be driven mostly by fear.

What is the problem with Facebook? Clearly Moscow’s use of the platform to spread fake news and warp the 2016 elections is one problem. Allowing data from tens of millions of users to flow, without their knowledge, to a political consultancy working for Donald Trump is another.

The business models of the data economy allow for other creepy results. Say, why not use Facebook’s sophisticated models to send a deluge of ads for weight-loss pills to overweight teenagers with a fragile self-image? We know that Facebook can determine, and manipulate, its users’ emotional states.

Data can also be deployed for virtual redlining. And what about price discrimination? Amazon and others have already experimented with mining our data to charge “personalized” prices for a given item — the maximum price each of us is willing to pay — a practice that can leave many consumers worse off.

But policy cannot be determined only by the potential creepiness of what corporate America might do with our data. Maybe perfect price discrimination will never take off because consumers don’t like it.

Indeed, it is unclear to what extent consumers are repelled by any of this. Though surveys repeatedly find that Americans are concerned about their privacy, they rarely take action to stop cookies and other tools deployed to gather their data — leading scholars to coin the term “privacy paradox.” As Sinan Aral of the Sloan School of Management at the Massachusetts Institute of Technology has noted, “Lots of the things that depend on ads we want as public goods.”

Critically, to regulate the data-enabled world, we must first figure out what we stand to lose if the data goes uncollected. For instance, research found that privacy rules introduced by the European Union in the 1990s reduced the effectiveness of online advertising. What, then, is the social cost?

Mr. Nakamura and two colleagues at the Bureau of Economic Analysis calculated the contribution how much of the nation’s gross domestic product came from the “free” digital economy powered by advertising that drives Facebook’s and Google’s business. From 1995 to 2005, they found, it added 0.07 percentage points to the economy’s annual growth rate. From 2005 to 2015, it added 0.11 percentage points.

But this must understate the data economy’s contribution to our well-being. Facebook is an immensely valuable mode of communication and interaction for two billion people around the world. The company has published in-house research suggesting that people who do lots of sharing on the social network are happier and healthier.

Facebook’s advertising tools — the ones that use your data to figure out whether you should see an ad from the small shop in Connecticut that sells organic yarn — provide mom-and-pop operations with cost-effective marketing opportunities once reserved for large corporations.

More broadly, Mr. Nakamura points out, the online economy powered by data collection and advertising is improving welfare in a way not properly captured in standard measures of economic output. This includes reams of “free” music and the potential benefits from the artificial intelligence that will be trained using personal data. The consumer surplus — the benefit that we get from a good or service above and beyond the price we pay for it — is bigger than it ever was. And it will grow further.

And yet if this sounds like an argument against touching the data-driven digital economy with even the slightest regulation, it is not. Worries that Facebook and some of its brethren may have become large enough to squelch innovation are legitimate. So are suspicions that it plays fast and loose with consumer data.

Regulations to curb the power of the digital behemoths — say, barring them from buying up rising companies like Instagram and WhatsApp that might threaten their dominance in the future — make sense. So do policies that ensure responsible stewardship of the data they gather.

”I don’t think the right policy position is to totally eliminate the business model, but instead to introduce some restraint,” said Terrell McSweeny, the lone Democrat on the Federal Trade Commission. “The idea is to give people more control over the uses of their data and ensure companies are responsible for what is happening to it.”

Summoning Mr. Zuckerberg to testify suggests that Congress is no longer happy doing nothing. Hopefully, it can do better than simply overreact to its fears.