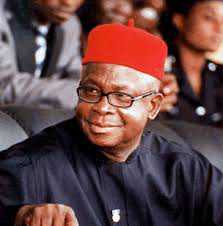 ABAKALIKI—EBONYI State House of Assembly ad hoc committee investigating the impasse in NIGERCEM factory, Nkalagu, between the state government and core-investor, Ibeto Group, weekend, invited leaders of the host communities who called on the House to intervene in the face-off.

In a letter dated May 30, 2013, with reference number EBHA/LAD/ADHOC/0.1/VOL.1 and signed by the Secretary of the ad hoc panel, Nwogbaga Chinyere; the committee invited the 12 signatories to the petition to a meeting with the members, urging them to treat the matter with utmost importance.

Ebonyi State government and Ibeto Group have been having a running battle over ownership of the foremost cement manufacturing company at Nkalagu, which culminated in the sacking of four traditional rulers from the four autonomous host communities of NIGERCEM.

The setting up of the ad hoc committee followed a petition addressed to the speaker of the House, Chukwuma Nwazunku, by the leaders of the four autonomous communities, asking the Assembly to intervene in the impasse.

Noting that it was only the House of Assembly that could constitutionally and legally bring about peaceful resolution of the crisis, even when it appeaed that every other channel of resolving the NIGERCEM impasse has failed, the petitioners declared that as the impasse continued, the people of Ebonyi State had  continued to be the worse off.

The petition read in part: “We write on behalf of Nkalagu, Umuhuali, Amaezu and Nkalaha autonomous communities, referred to as the NIGERCEM Landlord Communities; in Ishielu local council of Ebonyi State.

“Over the past few months, NIGERCEM issue has been taken to the media to the extent that the actual motives of the persons involved appear grossly beclouded. We are very unhappy and disturbed that some people are capitalizing on the issue to tarnish the image of Ebonyi State before potential private investors.

“Our unbiased understanding of the whole matter is that at the moment, a clear consensus exists between members of the State Government and the investment goal of Ibeto Cement Group.

“Whereas the state government is interested in attracting and protecting genuine investments, Ibeto Cement Group is promising and assuring that it is that ‘genuine’ investor and should be given the chance to revitalize NIGERCEM.

“By the unceremonious dethronement of our traditional rulers, the sanctity of the traditional institution and leadership structure in our area has been grievously undermined. Mr. Speaker, the peaceful co-existence and security of our people is currently under threat.”