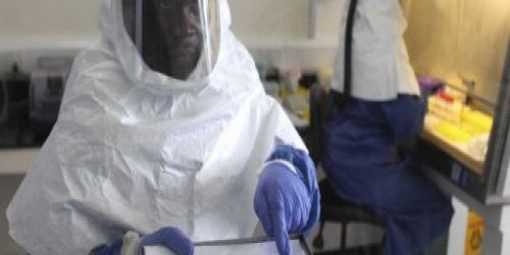 Panic is spreading in Anambra State, South-East Nigeria, over fears that the deadly Ebola Virus

might have reached the state. The panic when the news spread that the corpse of an indigene of the state had been brought in from Liberia and deposited in a mortuary at Nkwelle Ezunaka, a town in Oyi Local Government Area of Anambra. Liberia and Sierra Leone are making waves globally due to the Ebola crisis in the two West African countries.

Briefing journalists today in Awka, Amabra State Commissioner for Health, Mr. Jehosaphat Akabuike, said that the security operatives have been directed without delay to cordon off the mortuary where the corpse was deposited and quarantine about 30 staff of the hospital pending investigations by the experts from the Federal Ministry of Health.

He said that although it has not been confirmed that the deceased died of Ebola virus, there is need for precautionary measures to be taken.

According to the commissioner, “We have already contacted the epidemiology unit of the Federal Ministry of Health and we are expecting them to arrive the state any time from now. We have sealed the mortuary, the hospital and all the corpses and the people working there have been quarantined.

“We are also making efforts to locate the family of the dead man to know their level of contact with the dead body when it arrived the country and anybody who had visited the mortuary will also be quarantined.

“We are surprised how the corpse came into Nigeria and Anambra. It is shocking to us. We have directed the police to cordon off the area. Ebola is a very big threat and that is why we are taking all the measures.

“The information was brought by somebody who was sharp following the announcement we have been making since the disease was made known. We have assembled a health team and got all preventive materials ready.”