Easy for Nadal in Shanghai 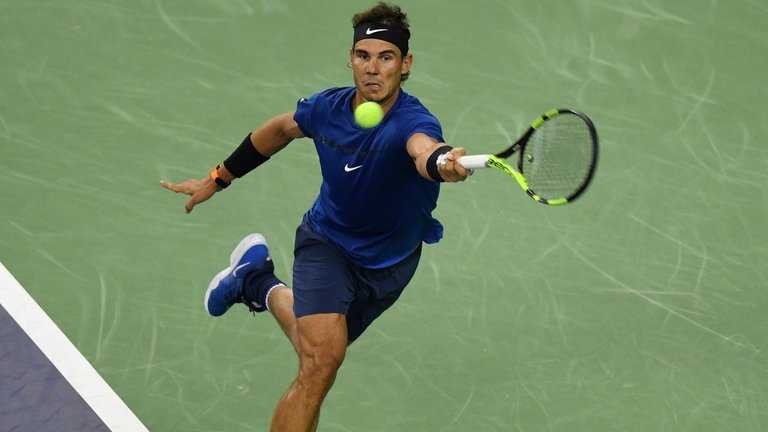 Rafael Nadal and Alexander Zverev eased into the last 16 of the Shanghai Masters, with neither man tested in their tournament opener.

Fresh from his sixth title of the year at the China Open in Beijing, Nadal stretched his winning run to 13 with a routine 6-2 6-1 victory over America’s Jared Donaldson that took just 53 minutes and included 21 winners and five unforced errors.

The US Open champion made his return last week after his Flushing Meadows success with the title and continued his form with a victory that sets up a third-round meeting with Fabio Fognini, who beat Lucas Pouille on Tuesday.

Nadal is chasing a first title in Shanghai and having regained the world No 1 ranking earlier this year, he is looking to end the season on a high as he prepares for the World Tour Finals – another tournament he has amazingly never won.

The American had taken the first set and after seeing Dimitrov fight back to claim the second, it was the unseeded man who assumed control in the final set tie-break, leading 6-3. But he saw all three chances for a high-profile win go begging as Dimitrov rallied to book his place in the third round.

The Bulgarian won the last Masters event in Cincinnati, and a good week in Shanghai will see him close on a debut at the World Tour Finals next month.

Next up for Dimitrov is Sam Querrey who beat Frances Tiafoe to advance as he chases a spot at The O2 himself – and those hopes were boosted when David Goffin joined Pablo Carreno Busta in exiting the tournament early.

Goffin’s winning run was halted by Gilles Simon. The Belgian has won titles in each of the last two weeks to move into the seventh spot for London next month but he was beaten 7-6 6-3 by Frenchman to open the door for those behind him.

Carreno Busta currently holds the eighth and final spot but he was beaten by Albert Ramos-Vinolas on Tuesday so Qurrey and Kevin Anderson can make inroads with a good performance in China.

Querrey was first to take advantage with a 6-3 7-6 victory and he will face Dimitrov for a place in the last eight but Anderson suffered a blow when he suffered a surprise 7-6 7-6 defeat to Germany’s Jan-Lennard Struff.

The early action centred around world No 3 Zverev who has already won two Masters titles among his five tournament wins this year.

The champion in Milan and Montreal was already in cruise control, leading 4-0 when British No 2 Aljaz Bedene succumbed to the same knee injury which had troubled him in first-round victory over Paolo Lorenzi.

In the final match of the evening, fifth seed Dominic Thiem became the highest profile exit as he suffered a three set defeat to Viktor Troicki.

The world no 7 battled back from a set down to level the match but as the clock ticked past midnight local time it was Troicki who held firm in a final set tie-break to advance to a last 16 showdown with 12th seed John Isner who beat Greek qualifier Stefanos Tsitsipas.