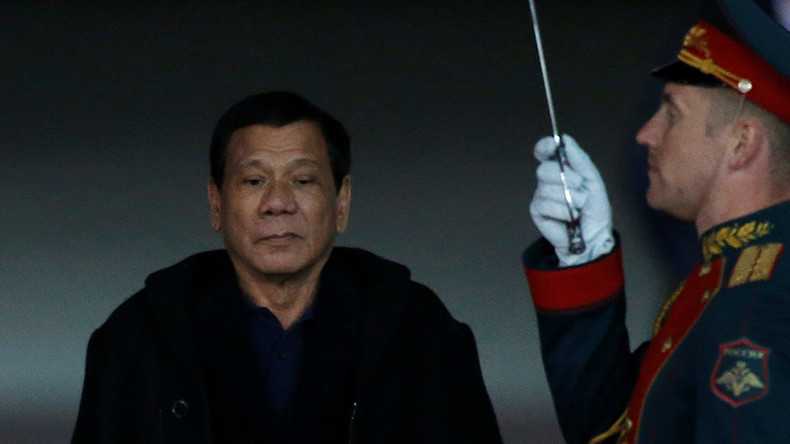 Duterte declared military rule on the southern island of Mindanao on May 23 after hundreds of militants from the Islamic State (IS, formerly ISIS/ISIL) linked Maute Group began fighting government forces in the city of Marawi following attempts to arrest their leader Isnilon Hapilon.

Fierce fighting has raged for nearly two weeks and has claimed 178 people lives so far.

Opposition lawmakers, led by human rights lawyer Edcel Lagman, filed a petition with the Supreme Court Monday, saying, the martial law declaration should be struck down for “utter lack of sufficient factual basis.”

The petitioners said the unrest in Marawi did not amount to a rebellion as the president claimed.

“The grim spectre of repression, atrocities, injustice and corruption again bedevils the Filipino people with the unwarranted, precipitate and unconstitutional declaration of martial law,” the petition reads, according to AFP.

The six politicians who signed the petition compared it to former leader Ferdinand Marcos’ military rule which lasted from 1972 until 1981.

Under Article VII, Section 18 of the Philippine Constitution, the President may declare martial law only “in case of invasion or rebellion, when public safety requires it.”

The 1987 constitution imposes restrictions on martial law because of the abuses which took place under Marcos’ rule. It empowers the Supreme Court to overrule a martial law proclamation, as well as requiring the president to get congressional approval to implement a decision to extend it.

Last Wednesday, the House of Representatives voted overwhelmingly to adopt a resolution expressing its “full support” to Duterte in his declaration of martial law in Mindanao. The Supreme Court has 30 days to rule on the petition.

After martial law took effect, several politicians and senators expressed concerns that the uprising in Marawi did not justify it. Duterte rebuked them, however, saying, “Are they the ones dying and losing blood, bleeding, hemorrhaging because there is no help, no reinforcement? It’s not them.”

On Saturday, Duterte said Marawi would be fully liberated within three days, although on Monday officials were more reserved when they gave an update on the fighting.

READ MORE: ‘If they knew about Christians, all would be executed’: Muslim saves dozens from ISIS in Philippines

Mindanao Command Chief Major General Carlito Galvez, head of the military command in Western Mindanao region, said as many as 200 militants were still in the town and that they had prepared in advance for a long standoff.

“… the Maute, even if they fight two months, they will not starve here,” he told a news conference on the outskirts of the city, Reuters report. “There are underground tunnels and basements that even a 500-pounder cannot destroy.”