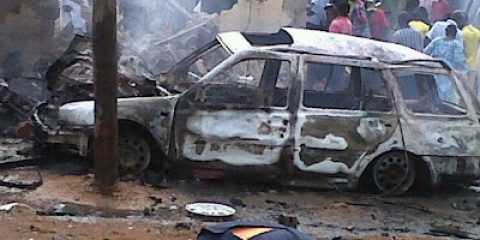 A dusk-to-dawn curfew has been imposed following the burning of a church, and at least two mosques, including some

buildings today in Southern Kaduna by armed Christian and Muslim followers. The skirmishes occurred in the military town of Kachia that houses both the Nigerian Navy and Army institutions, military personnel confirmed the occurrence of the attacks to SaharaReporters.

The source, speaking to us on the condition of anonymity, said angry Muslims had attacked a church after their own praying ground was torched by Christians in the area. The military source also said the Nigerian military, and police officials, have both taken over the town as a dusk-to-dawn curfew was imposed by the Kaduna State government in view of a possible escalation.

The mood in Kachia on Sunday evening following both events is “tense,” say our sources. The police authorities in the state are yet to make an official public announcement of their on-the-ground observations on the unfolding events of recent hours.  On the issue of casualties, possible fatalities, and details of property damage to the other buildings inside Kachia are not yet known.

Police officials have also not yet released any information following the series of attacks, nor what caused the inflamed religious confrontations in Kachia.