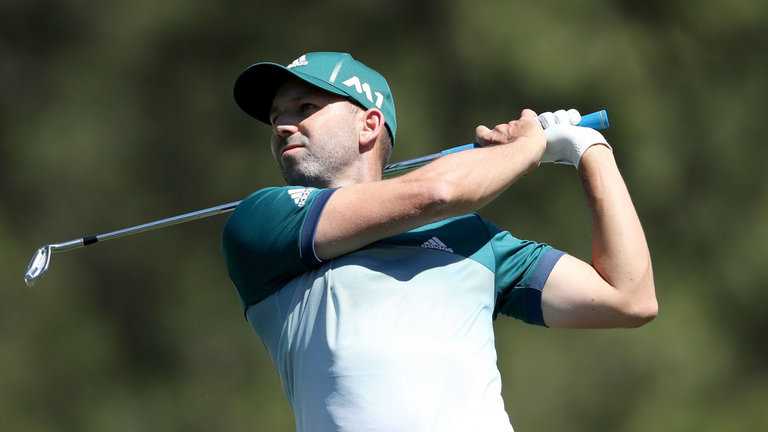 Sergio Garcia has set his sights on further success after emulating his golfing idols with victory at the Masters.

The Spaniard edged past Ryder Cup team mate Justin Rose in a sudden death play-off at Augusta National to secure a maiden major title at the 74th time of asking.

Victory sees Garcia become the third Spanish winner of the Green Jacket, following on from Seve Ballesteros and Jose Maria Olazabal, with the 37-year-old delighted to finally win a major.

“To see that we’ve been able to win our first major is obviously something that makes me very proud,” Garcia told Sky Sports News HQ. “I want to keep going forward and keep doing more good things.

“It’s an amazing feeling to be part of that group with Seve (Ballesteros) and Jose Maria (Olazabal), my two golfing idols. It makes me so proud.

“To do it also on Seve’s 60th birthday is something you couldn’t write it any better than that. I’m so honoured to be able to stand here as Masters champion.”

Garcia saw a three-shot lead turn in to a two-shot deficit during an eventful final round, where he missed a birdie putt at the last for victory inside 72 holes.

The pair then returned to the 18th tee for a play-off, where Garcia found the heart of the par-four green in two before holing a 12-foot birdie to take the honours.

“The emotion when the putt went in on the extra hole was difficult to describe,” Garcia added. “One of my dreams has come true.

“I’m very excited to be here, to have the honour of wearing this Green Jacket and be able to call myself Masters champion. I’m excited about whatever comes in the future.

“I don’t know why it was my time. I played really well and I stayed very patient and positive all week and aggressive. All those things helped.”