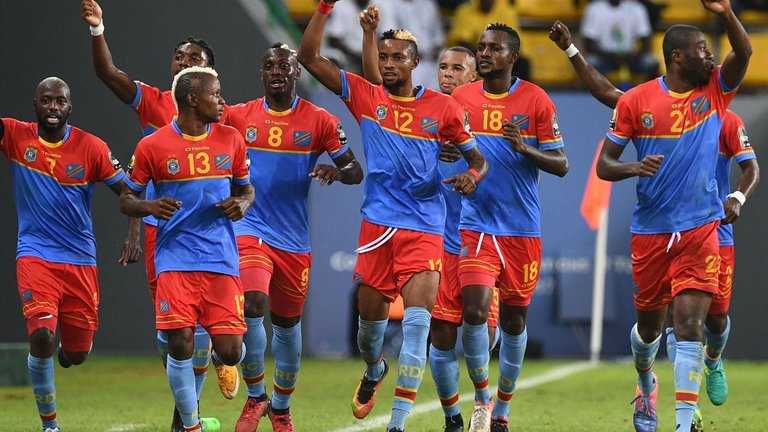 DR Congo advanced into the Africa Cup of Nations quarter-finals as Group C winners after triumphing 3-1 against a Togo outfit whose campaign has ended.

The Leopards took the lead in the 29th minute through Junior Kabananga’s third goal of the tournament, with Ndombe Mubele then adding a delightful finish nine minutes after the break.

The result took DR Congo to seven points from their three group games as they secured top spot, while Togo were left bottom with only a point to their name.

Ibenge’s men went in front when Togo, who had been forced to replace injured goalkeeper Baba Tchagouni with Cedric Mensah in the 23rd minute, gave the ball away via a misjudged Ihlas Bebou touch.

Kabananga then saw a header come back off the post in the dying seconds of the first half before Mubele made it 2-0.

Mensah’s long kick was sent straight back his way from the DR Congo half by Marcel Tisserand, and, with the Togo defence stood still, Mubele took one touch to control the ball before lifting it deftly over the keeper.

Having endured further pressure without conceding, Togo then managed to hit back as Laba, two minutes after coming on, drilled a low strike in via a Floyd Ayite tee-up.

And Emmanuel Adebayor subsequently sent a shot straight at goalkeeper Ley Matampi from what looked a decent position to equalise.

But the game was up for the Togolese 10 minutes later as M’Poku cracked a free-kick in off the bar from just outside the box.

Adebayor had another chance to get on the scoresheet in stoppage time, only to see his shot cleared off the line by Merveille Bokadi.