Dozens killed or wounded in attack on Afghanistan police headquarters 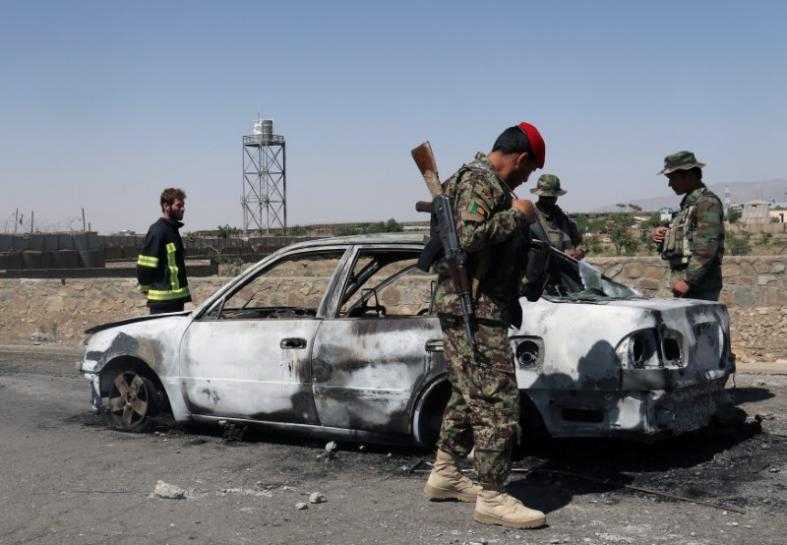 GARDEZ, Afghanistan Dozens of people were killed or wounded when as many as five suicide bombers attacked a police headquarters in eastern Afghanistan on Sunday, officials said.

The attack, claimed by the Taliban, began around 6:30 a.m.

(0200 GMT) when one bomber detonated a car packed with explosives at the gate of the police headquarters in Gardez city, capital of Paktia province, said Najib Danish, a spokesman for the Interior Ministry.

Four more attackers stormed the gate after the blast, with at least two quickly killed by police. The others held out against Afghan special forces that had responded to the attack, he said.

However, doctors at the city hospital said they had received the bodies of at least five police, as well as at least 30 wounded people, including 20 civilians.

The Taliban claimed responsibility for the attack, with spokesman Zabihullah Mujahid reporting more than 100 police were killed and wounded. The Islamist group often exaggerates casualty numbers in attacks against government targets and security forces.

Insurgent groups like the Taliban and Islamic State have launched a string of attacks across Afghanistan in recent weeks.

Islamic State claimed responsibility for a deadly attack on a mosque in Kabul on Thursday.

A massive truck bombing and later suicide attacks left hundreds dead and wounded at the end of May and beginning of June, raising political tensions for the Afghan government, which is struggling to combat rising violence and corruption.

Thousands of international troops remain in the country to train and assist Afghan security forces as well as carry out counterterrorism missions.

American defense officials say in coming weeks they will decide whether to send between 3,000 to 5,000 more troops as requested by military commanders.