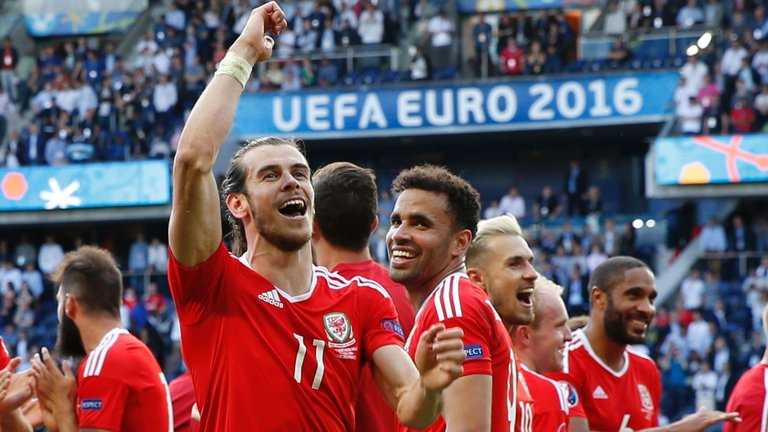 It felt somehow appropriate that the West End premiere of Jonny Owen’s new film focusing on Wales’s Euro 2016 adventure should take place on Monday evening. Most eyes were on events at the King Power Stadium, but while Leicester’s dream has descended into acrimony, it is apparent that the summer’s other feel-good story is still going strong.

That much was obvious amid the camaraderie on show on the screen and in the theatre. The celebration was well attended with Ashley Williams, Aaron Ramsey, Joe Ledley and many more all there to enjoy it. Only a packed fixture list scuppered Gareth Bale’s return. Andy King was otherwise engaged at the aforementioned match in the Midlands.

Indeed, Chris Coleman’s opening address alluded to the packed house. “There are more people here than our first game,” he began. And while that was in jest, the key message throughout was one of how far they have come. Paul Bodin’s famous penalty miss denying Wales the chance to go to USA ’94 was played in the foyer to hammer home the message.

Gary Speed, whose family were at the premiere, featured in that match and the film does a good job of highlighting that it was the late midfielder’s stint in charge that set them on the path to France. Speed lifted the team 72 places in the rankings in just nine months before his death in 2011. “In a sad way it unified the nation,” said Mark Evans, the team’s head of international affairs.

Speed’s legacy would be what happened next and Neil Taylor was blunt about the situation facing his successor. “The only way was down after doing so well,” he noted and Coleman too is frank on the challenge of taking a friend’s job while still grieving. Little issues like feeling uncomfortable in the office chair; bigger ones like the fear of making changes.

It was a Scottish footballer, Steve Archibald, who suggested that team spirit was an illusion glimpsed in the aftermath of victory, but Owen captured well the sense that this group of very different characters forged a bond in their darkest hour – an experience that made the good times not only possible but also all the more emotional.

The singing of the Welsh anthem before the game against Slovakia was a highlight. “I’ve never seen a connection between a team and the fans like that first game,” said Ashley Williams. “I still get goose bumps now,” agreed Joe Allen. Coleman said he would love to relive that five minutes again and looked very much like he meant it.

Thanking the fans can feel like a perfunctory business but there is no denying that the public played a huge part in this experience. It was a national celebration and the sense of a team overwhelmed by the support is a recurring one. Even now they are still getting to grips with it – the biggest laughs were reserved for the scenes of joy among the crowds.

That laughter turned to applause when Hal Robson-Kanu’s magic moment against Belgium got an airing and it’s pleasing that the full cast of characters appear. Wayne Hennessey and Chris Gunter have a good line in deadpan humour, Jonny Williams a real sense of fun. At times, as the players themselves readily admit, their trip had the feel of a lads’ holiday.

Amid the humour and the nostalgia, there are revealing moments too. The way that the team felt the pressure of being favourites to beat Northern Ireland in the last 16 – “I could feel the nervousness and edginess on everybody,” said Coleman – offers an insight into how the psyche of a team can shift quickly.

And while there was no fairy-tale ending, beaten 2-0 by Portugal in the semi-final with Ramsey and Ben Davies suspended, the film nicely captures the sense of the scale of the accomplishment. It was Wales’s first tournament appearance in 58 years and they were able to equal the best finish by a home nation since England’s 1966 World Cup win.

The nature of football is that the journey never truly ends, there’s always another game, always another tournament. And the hope is that Leicester’s vicious cycle does not visit Wales, currently third in Group D of World Cup qualifying despite having played three of their four matches so far on home soil. There is a massive game ahead in Dublin this March.

But if the togetherness on show – both publicly and privately – in this film is any clue, any future disappointments will not be down to a lack of effort. They are still embracing this. Still enjoying it. “It has gone full circle where people want to come to the Wales camps even if they are injured,” says Evans. Back home but plotting another trip together in 2018.