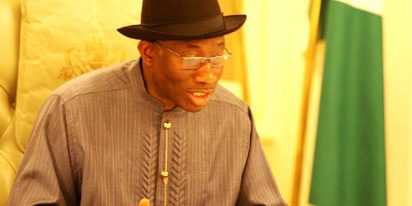 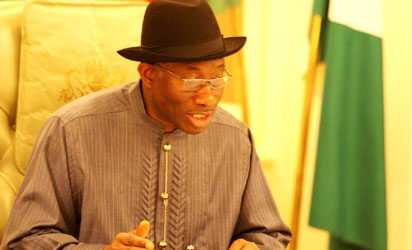 President Goodluck Jonathan has cautioned Nigerians against scuttling the 2015 general elections through acts of violence and thuggery.

He called on youths in particular to shun negative vices and vote for credible candidates with proven ability for leadership.

Jonathan said this on Saturday at the second convocation of the Nigerian Turkish Nile University, Abuja in which Governor Ibrahim Geidam of Yobe State and the Director General, State Security Service, Ekpeyong Ita, were awarded honorary doctorate degrees.

He said, “I would like to point out especially to our youths that the general elections are fast approaching, this calls for responsible engagement and participation.

“While encouraging you to vote for credible candidates of your choice, I urge you to shun all invitations to political thuggery or acts that can undermine free, fair and credible elections.”

Jonathan, who was represented by the Executive Secretary, Tertiary Education Trust Fund, Suleiman Bagoro, said the Federal Government was determined to win the war against terrorism.

He added that the insurgency in Nigeria was calculated to undermine the nation’s cohesiveness.

“These are trying times for our country, occasioned by the challenge of terrorism. Innocent lives are being wasted by some people who have chosen to undermine our cohesiveness as a people.

“They will not succeed, we are determined to win this war and win back peace which is prerequisite for our development,” he said.

The President said efforts were on ground to end the disparity between Bachelor’s degree holders and Higher National Diploma certificate holders in the public service.

While discouraging over-dependence on paper qualification, the President said the focus of his administration was to address the challenges facing the education sector.

“Our aim in government is to address comprehensively, the challenges facing the education sector. We must move the focus from the mere acquisition of certificates to the development and application of skills for which individual students are best suited,” he said.

Ita, who thanked the university for finding him worthy of the award, noted that the challenge of nation building could only be made easier if tertiary institutions produced graduates that were academically and morally sound.

“This will most definitely redefine character, norms and the socio-cultural belief system of the society to one that is positively and progressively oriented for the growth, peace and development of the nation,” he said.

Sert said all the courses offered by the institution had the approval of the National Universities Commission.