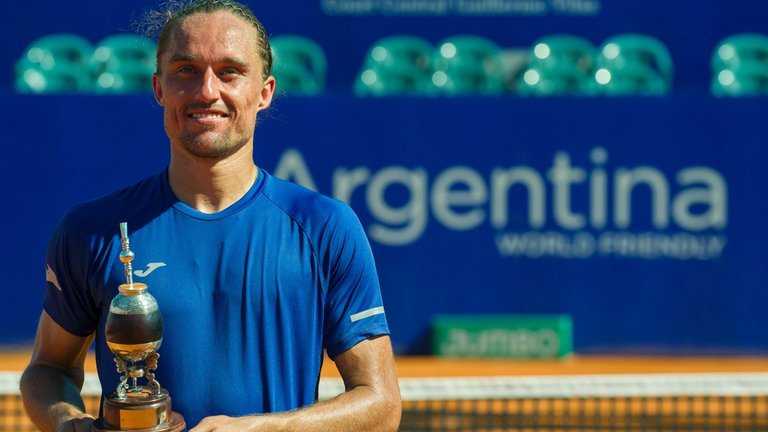 Alexandr Dolgopolov has claimed his first ATP singles title for five years after beating Kei Nishikori in the final of the Argentina Open.

The Ukrainian had lost his previous five matches against the top seed, but produced a fine performance on the clay courts of the Buenos Aires Lawn Tennis Club to win 7-6 (7-4) 6-4 in an hour and 40 minutes.

It was a third career title for the world No 66, who did not drop a set all week.

Looking for his first title since he triumphed in Washington in 2012, Dolgopolov went toe to toe with Nishikori in a long first set that he eventually won 7-4 on a tie-break, when he converted his second set point.

He then broke his opponent for the first time at 3-3 in the second set with a winner from his potent backhand and went on to claim victory on his first match point.

Dolgopolov said: “I’d never won even a set against Kei, let alone a match. I’m really happy to have done so.

“I played really well and I’m at my best level for the last two years. I’m really glad to be back.”

Nishikori will have to wait for his 12th career title and the two Buenos Aires finalists will now move on to this week’s Rio Open, where the Japanese player will again be the top seed.

Harrison, 24, took the first set in 27 minutes, before fighting off 10 break points in the second to win the match in just over an hour and a quarter.

For the match, Harrison saved all 12 break points that he faced.

You can follow the next instalment of the ATP Tour with the Rio Open live on Sky Sports – the action gets underway at 7.30pm on Sky Sports 2 and Sky Sports Mix on Monday.