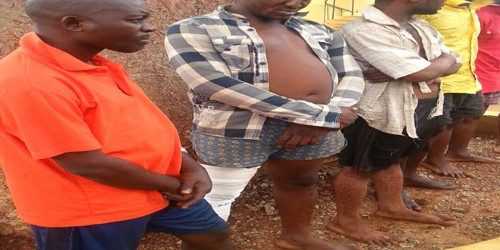 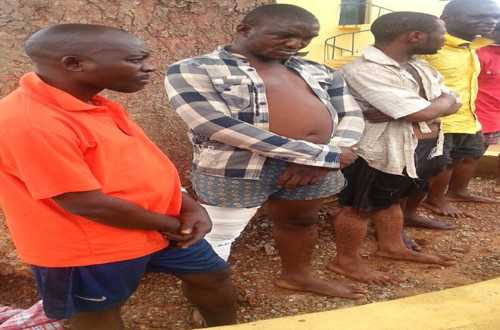 The Anambra State Police Command has arrested a doctor, Daniel Ikebuilo, from Umunnachi in Dunukofia Local

Also arrested by men of the State Anti-Robbery Squad (SARS), led by James Nwafor, were three suspected kidnappers and a man the police called a “notorious arms dealer”, Onyebuchi Obiekezie.

The suspected arms dealer,  police spokesperson, Emeka Chukwuemeka, told reporters yesterday in Awka, the state capital, had been in the business for a long time.

The three suspected kidnappers – Obi Kenechukwu, Ejike Akosa and Anthony Ofoke – were said to have abducted a woman in Ebenebe, in Awka North Local Government Area.

He, however, admitted that he was arrested in 2010 by the police on the same offence and charged to court, but was discharged.

Ikebuilo said he ran a home, which was approved by the state social welfare, adding that five children had been adopted from the home.

The suspect said he discharged a patient in his hospital (Nkemefuna Hospital) in December 2013.

The doctor said two weeks after, he was arrested and brought to SARS office without any offence.

But the police said anytime a woman gave birth and became unconscious, the doctor would sell the baby to somebody else.

The police alleged that Ikebuilo would tell the woman, when she regained consciousness, that she lost the baby.

The police also alleged that the doctor sponsored some girls to become pregnant, adding that after delivery,  he would compensate them and sell the babies to those looking for children.

On the suspected kidnappers, Chukwuemeka said the command had been trailing them for a long time.

He said: “This is what we are doing in making sure that Anambra State is rid of criminals. It is also the main focal point of Governor Willie Obiano’s administration. We are working together.”

Some of the items recovered from Obikezie and the suspected kidnappers included pump action guns, one DBSG, 15 cartridges.

The command also arrested Fidelis Okonkwo for alleged  possession of a handset belonging to a missing person – Emmanuel Udemba.

Udemba was allegedly kidnapped in 2012 and had not been seen since.

Before Okonkwo was arrested, the police alleged that he had sold the phone belonging to Udemba to a girl, who was also arrested by the police.

An Onitsha-based electrician was arrested by the command for allegedly specialising in dismantling tracking devices fitted in vehicles for armed robbers.

As a result, five vehicles had been recovered, while dismantled tracking devices were recovered by the police.

Also, a three-year-old girl, who get missing for a month, Cynthia Nkemdilim Okoye, was found.

The child was allegedly abducted by a 13-year-old girl, who was said to be working for an unnamed young man. The man reportedly used the child to make money by dancing.

The parents of the small girl, Mr. Raymond and Mrs. Patricia Okoye, told reporters yesterday that their child was in the custody of the 13-year-old girl and a woman for a month and a day.

But the woman denied knowledge of the business between the girl and the small girl.

Mr and Mrs Okoye said the only reason their child was alive was that nobody agreed to buy her.

They also described the incident as the Lord’s doing.

Police spokesman Chukwuemeka told reporters that investigations were ongoing on the cases.