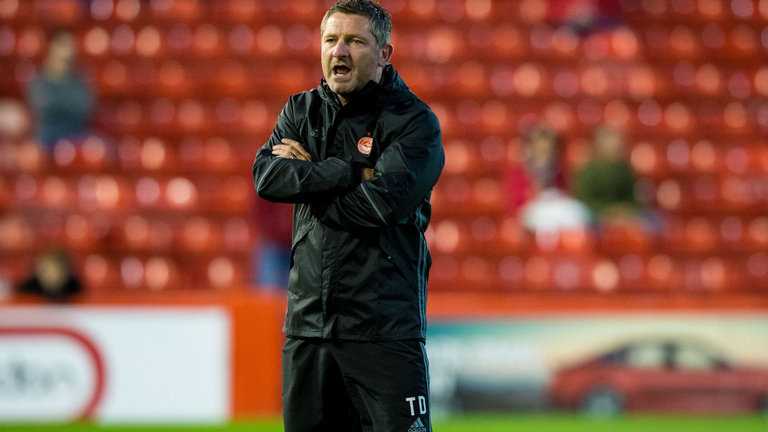 The national team boss has been searching for an extra pair of hands to help prepare his side for their crucial World Cup Qualifier against Slovenia on Sunday, March 26.

This follows the departure of ex-Hibs and Rangers coach Andy Watson, who has left to take up a role as technical director at the Al Habsi Football School in Oman.

Dons’ number two Docherty will link up with Strachan for the all-important Hampden clash, and will also be in the dugout for their warm-up fixture against Canada at Easter Road four days earlier.

Strachan said: “Tony is well-respected within the game and we look forward to working alongside him for the forthcoming matches.

“I would like to thank Derek McInnes and Aberdeen for allowing Tony to come and work with the Scotland backroom staff for these next two games.”

Docherty started his coaching career with stints at Falkirk and Dundee United, before linking up with Pittodrie boss McInnes during his spell in charge of St Johnstone.

Together, the pair have helped to re-establish Aberdeen as a major force in Scottish football, leading the Granite City outfit to their first trophy in 19 years in the 2014 League Cup.

Scotland sit second bottom of Group F, with just four points from as many games, and defeat against Slovenia will effectively kill off any lingering hopes of reaching the World Cup Finals in Russia next year.