DO YOU REMEMBER THE PHONE CONVERSATION BETWEEN ADAMU FARUKU AND KUNLE ? 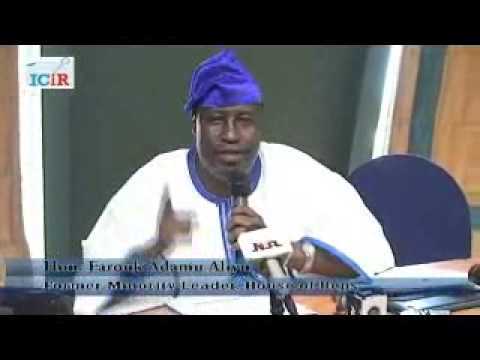 HAVE YOU FORGOTTEN THE CONVERSATIONS OF ADAMU FARUKU AND KUNLE TALKING ABOUT HOW THEY PLAN TO DESTROY US ALL.

I weep when I see my people dwelling in ignorance. I keep weeping looking at Biafrans as they dance to the music tune of destruction. I wept when my people claimed another religion and identity, forsaking their own religion and true identity just to maintain one Nigeria.

I keep wondering if they are blind not to see the handwriting on the wall. My wants to maintain one Nigeria, but they are enemies to the Nigerian. They want to maintain peace, but they forgot to know that there can never be peace without justice.

Some months ago, the phone conversation between one Alhaji Adamu Faruku alias Bayelsa oil belongs to Jigawa and Kunle an Yoruba man, was exposed. Though some fools claimed it was blackmail, but the things happening today in Nigeria, has prove it right.

These two men are APC supporters. During the conversation, Mr kunle exposed the agenda of APC administration noting that after Buhari’s first four years in administration, Igbos (Biafrans) will be irrelevant in the country. In summary of their discussion, Mr Adamu stated that APC has come for the total destruction of Igbos most especially, those in Lagos, and the northern part of the country.

To prove it right, after two weeks I saw a news headline that says “Buhari moves to stop Ibeto cement “. Why did president muhammadu Buhari stopped Ibeto cemetery? It’s simply because he is an Igbo man, a Biafran to be precise. And also he is playing out the evil agenda of APC against Biafrans.

They tried to win all the positions during elections in all the Biafran land in order to control the oil under APC, by ruling against all the states that won with PDP, example is Rivers, Bayelsa, Akwa-Ibom, Abia, Delta etc. Now, check those state that won with APC, they were not troubled example is Imo state governed by Alhaji Okoroawusa Rochas.

President Muhammadu Buhari overnight, stopped the importations through Lagos and

port harcourt, except Kano, through the price of tariff that was placed on Lagos and part-harcourt, making it difficult for importers since they are majorly igbos.

Go through the history of killing in the country, millions mostly from igbo (Biafrans) has been killed under his command. When a Biafran imports equipments, they charge them millions only to clear it from wharf.

These and more has made me to ask questions:
Biafrans have you forgotten the evil agenda of apc against you?
Do you prefer returning home dead?
Is your business more important than your life and children’s future?
Why are you blind?

What pained me most is that most of them in northern part of the country believe that they are northerners, calling themselves north -Igbos or whatever they call themselves. The truth remains that you are a Biafran.

The more you exempt yourself is the more Biafran you become because, an Hausa man will come for you when it starts happening and you might not have any other place to run to, and by then, it will be too late for you.

I have cried and cried, this is a warning to you all, I will not cry for any of you killed by Hausa, because even mazi Nnamdi Kanu have warned you long before, and if you like, stay. A word is enough for the wise, come back home and do your business or better still remain a Nigerian, for destruction and extermination. Remember, APC is here for you!