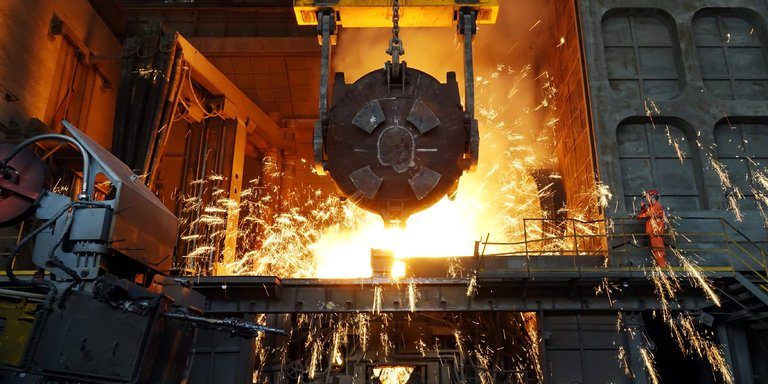 President Trump’s trade policies enjoy the strong backing of his supporters but are less popular among independents, moderate Republicans and others whose votes could decide control of Congress in the midterm election this fall. That could complicate Republicans’ plans to make their economic record a central argument in their case for re-election.

Over all, Americans are about evenly split on the steel and aluminum tariffs that Mr. Trump announced early last month, according to a survey conducted in early April for The New York Times by the online polling firm SurveyMonkey. Support split mostly along predictable partisan lines, with 78 percent of Republicans supporting Mr. Trump’s tariffs and 74 percent of Democrats opposing them.

Only 68 percent of self-described moderate Republicans said they supported the tariffs, however, and only 42 percent of independents did so. Support for the measure was also softer among better-educated and wealthier Americans of both political parties, echoing other evidence that backing for Mr. Trump’s agenda is weaker in the affluent suburbs that were once a Republican stronghold.

Jeffrey Campbell, a 49-year-old lawyer in Minneapolis, said he liked the tax bill that Republicans passed late last year, and he gave Mr. Trump credit for moving to reduce regulation. But he opposes Mr. Trump’s tariffs, saying they will benefit a few favored industries while hurting the economy over all.

“A few people benefit from the protection,” Mr. Campbell said. “But when prices rise as a result, the net effect, I think, is harmful to the economy.”

Minnesota is a key political battleground this year, with several competitive House seats and two Senate elections because of the resignation of Al Franken after a sexual-misconduct scandal last year. Mr. Campbell said that he was still likely to support Republican candidates, but that he was frustrated by the party’s shift toward protectionism and support for increased government spending.

“I blame Republicans for that,” Mr. Campbell said. “A very significant portion of Republicans in Congress are not really conservative when it comes to spending.”

The re-emergence of trade as a central political issue has scrambled traditional partisan alignments in ways that carry risks for both parties. Mr. Trump won the presidency partly by tapping into voters’ concerns about the impact of globalization on jobs and wages, particularly in the industrial Midwest.

But free trade still receives strong support among business groups, which have historically backed Republican candidates, and among big-dollar conservative political donors such as the Koch network. As recently as 2015, three-quarters of House Republicans voted for a measure meant to open trade even further — so-called “fast track” negotiating authority for President Barack Obama.

Representative Kevin Brady of Texas, the chairman of the Ways and Means Committee, opened a hearing on the effects of tariffs on the economy last week by saying the measures “curtail economic growth, discourage new investment, delay new hiring, and put American workers at a huge disadvantage to foreign competitors.”

But he added, “I remain committed to working with President Trump and the White House on strong, enforceable trade policies that will target bad actors and encourage economic growth here at home.”

Democrats face their own challenges on the issue. As Republicans have shifted away from supporting free-trade agreements, Democrats have embraced them: In the Times poll, 73 percent of Democrats said they thought free-trade agreements helped the United States, compared with 51 percent of Republicans. But union members, long a key source of mobilization and support for Democrats, retain the party’s longtime skepticism of free trade.

“It’s not an ideal issue for either party,” said Robert J. Blendon, who directs the Harvard Opinion Research Program at the Harvard School of Public Health. “It makes the issue slightly more complex because their voters’ views don’t correspond to their interest groups.”

For Republicans, Mr. Trump’s trade battles pose an additional risk of undermining the party’s core economic message. Republicans have tried to emphasize the tax law they passed in December, which cut taxes on businesses and most households. But trade has largely pushed the tax law from the headlines, and support for the law, which rose early in the year, now seems to be ebbing.

The trade fight has also roiled financial markets, which had risen steadily during Mr. Trump’s first year in office. If that volatility continues, it could erode consumers’ confidence in the economic recovery. There are hints that could already be happening: The University of Michigan’s measure of consumer sentiment dipped slightly in April, with many respondents citing trade as a source of concern. SurveyMonkey’s consumer confidence index also ticked down in April, with the largest declines coming among higher-earning households, which are much more likely to own stocks.

“It’s possible the war of words over trade, tariffs and sanctions, and the financial market turmoil we had has led to some setback in consumer confidence,” said Chris Rupkey, chief financial economist at MUFG Union Bank.

Consumer confidence remains high over all, however, and there is little evidence that the tariffs have hurt the economy so far. Retail sales rose in March, according to data released by the Commerce Department on Monday, and the job market continues to make steady progress. Economists say an outright trade war could derail the economy, but the tariffs announced so far fall well short of that.

Ethan Brackenbury, a cost estimator for the federal Department of Energy in southeastern Washington State, said that he didn’t like the idea of a trade war, and that he hadn’t noticed any gain from the tax cut in his paycheck. But the economy seems strong in his area, he said, and he views any declines in the stock market as an opportunity to buy, not a signal to sell.

“I’m certainly not worried, nor am I excited,” Mr. Brackenbury said. “I don’t see long lines of unemployment or those kinds of things. Everyone seems to be gainfully employed.”

About the survey: The data in this article came from an online survey of 10,533 adults conducted by the polling firm SurveyMonkey from April 2 to April 8. The company selected respondents at random from the nearly three million people who take surveys on its platform each day. Responses were weighted to match the demographic profile of the population of the United States. The survey has a modeled error estimate (similar to a margin of error in a standard telephone poll) of plus or minus 1.5 percentage points, so differences of less than that amount are statistically insignificant.