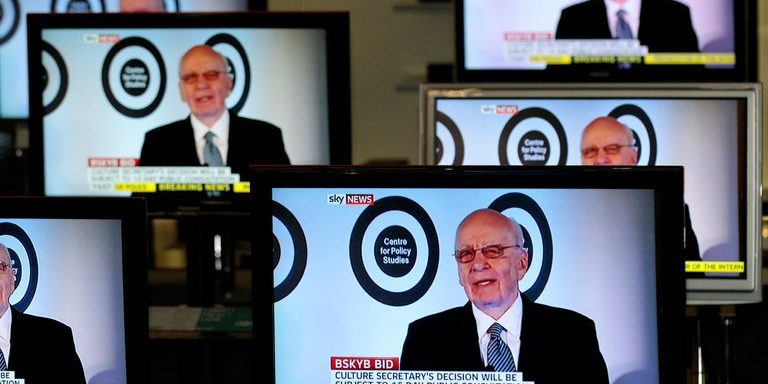 LONDON — The Walt Disney Company offered to buy Sky News on Tuesday — but not because the British news channel is core to Disney’s business.

Instead, the offer is meant to help Rupert Murdoch’s 21st Century Fox buy full control of Sky News’s parent company, the broadcaster Sky, a deal that has languished amid concern here in Britain that Mr. Murdoch could assume too much control over the country’s media.

Disney has a stake in the outcome of that transaction. It agreed late last year to buy the bulk of Fox’s assets — including Mr. Murdoch’s international broadcasting operations, of which Sky is a part — for $52.4 billion. And it is competing against Comcast, the American cable giant that plans to make its own bid for control of Sky.

Since unveiling the 21st Century Fox bid in 2016 for the 61 percent of Sky that it did not already own, Mr. Murdoch has faced sharp questions over whether he would oversee too much of the media in Britain. His existing properties, including the newspapers The Sun and The Times of London, reach a third of British consumers. And he took fire for the phone-hacking scandal that led to the closing of The News of the World, the first newspaper that he acquired in Britain. (That controversy forced him to back off an earlier bid for full control of Sky.)

Britain’s competition regulator, known as the C.M.A., provisionally rejected Fox’s bid earlier this year as “not in the public interest.”

Enter Disney, which has a comparatively smaller presence in British media and carries no such historical baggage.

Much of its decision to propose buying Sky News lies in a desire to eventually own Sky, which has 23 million customers and holds lucrative broadcast rights to the English Premier League and other professional soccer leagues. Robert A. Iger, the American media giant’s chief executive, has called the broadcaster “a real crown jewel.”

Disney said that it would hold onto Sky News even if Fox’s bid for Sky fell apart and that it would “sustain the operating capital of Sky News and maintain its editorial independence.”

Fox unveiled an alternative proposal as well: completely separating Sky News from its parent company, giving the news provider its own board of directors and agreeing to fund it for 15 years.

“We believe that the enhanced firewall remedies we proposed to safeguard the editorial independence of Sky News addressed comprehensively and constructively the C.M.A.’s provisional concerns,” Fox said in a statement.

And Sky added in its own statement, “Sky believes that both of these remedy proposals comprehensively address any plurality concerns the C.M.A. may have, and would guarantee the long-term future of Sky News and its ongoing editorial independence.”

The competition regulator is expected to offer its recommendation on Fox’s bid for Sky by May 1. A final decision on the transaction by Matt Hancock, Britain’s culture secretary, is expected on June 13.