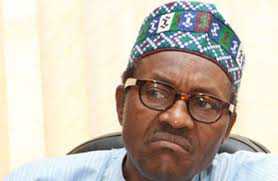 The 13 Senior Advocates of Nigeria, SANs, hired by President Muhammadu Buhari, to defend his alleged forged certificate case, were all absent at the Federal High Court that sat on Wednesday, June 29.

The court was set to rule on its application seeking to stop the judgment on an earlier ruling, dismissing the preliminary objection of Buhari in a suit challenging his qualification for the 2015 presidential election.

Justice Adeniyi Ademola, who had earlier reserved ruling on the motion for this Wednesday, had to adjourned the case, to enable service to be delivered to parties in the case.

When the matter was called up, parties in the suit were not present in court.

An Abuja based legal practitioner, Nnamdi Nwokocha-Ahaiwe, had filed an application asking the Federal High Court to nullify the election of Buhari, as the President of Nigeria, on the grounds that he did not possess the minimum academic requirement for the position.

The plaintiff in the suit also alleged that Buhari did not sit for the Cambridge West African School Certificate, WASC, in 1961 as he had earlier claimed

However, Buhari raised a preliminary objection to the suit, on the grounds that he was not properly served.