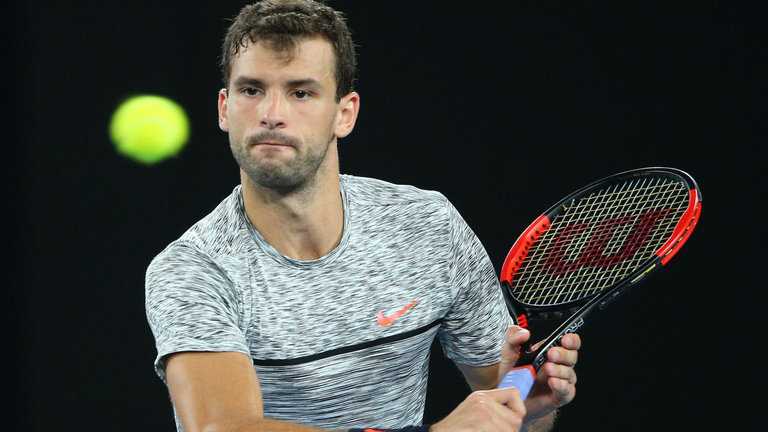 Grigor Dimitrov suffered a major scare before wrapping up a nervous victory over David Goffin, to win the Garanti Koza Open in his native Bulgaria.

The world No 13 and third seed appeared to be coasting to victory, when he raced into a 5-0 lead in the second set, having won the first 7-5.

However, the 25-year-old was broken twice in succession, including at 5-2 when he held three match points at 40-0.

He was broken again in game nine, before the Belgian No 2 seed was broken himself when attempting to draw level in the next.

Dimitrov’s 7-5 6-4 triumph in Sofia brought him his second ATP Tour title of 2017, having also won the hard court event in Brisbane.

His victory Down Under ended a 30-month drought and the rejuvenated Dimitrov went on to reach the semi-finals of the Australian Open where he lost a five-setter to Rafa Nadal.

Dimitrov, who collapsed to his knees, burst into tears and kissed the court at the end of the match, told the partisan fans: “Without you, I could never win this tournament.

“This title means a lot to me. Today, after the last point, I felt again like a kid playing in front of a home crowd.”

World No 11 Goffin complained to the umpire about the hostile atmosphere in the hall at the end of the first set.

He has now lost all three of his meetings with the Bulgarian, including a straight sets defeat at the Australian Open.

Zverev broke serve in the opening game of the match, only for his opponent to level up the breaks three games later.

The youngster was never behind in the tie-break, winning the opening three points, before moving 6-2 ahead.

He made the only break of the second set in game eight, but was given a scare when serving for the match in the ninth.

From 40-love up, the Hamburg-born player was unable to prevent Gasquet from saving three match points before the Frenchman gave up his title on the fourth.

Overall, it was Zverev’s serve which proved decisive, winning 80% of points on first serve.

His first title came at the St Petersburg Open in September, while Gasquet was seeking a 15th.