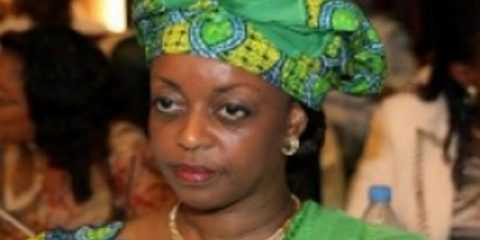 of Petroleum Ex­porting Countries (OPEC) yesterday suffered a setback, as the global petroleum body extended the tenure of the in­cumbent, Abdullah al-Badri, for a period of six months from January 1, 2015.

The development was there­fore dashed hopes of Nigeria’s Minister of Petroleum Resourc­es, Diezani Alison-Madueke, becoming the Secretary Gen­eral of OPEC at least for now.

The initial proposal to have Alison-Madueke occupy the position was to solve the dead­lock arising from opposition candidates from Saudi Arabia and Iran, Iraq’s Oil Minister, Abdul Kareem Luaibi, said.

According to a report by Wall Street Journal, Nigeria’s delegation at OPEC had put Alison-Madueke forward as a contender for the group’s top job, with OPEC delegates say­ing, if approved by the organ­isation’s other members, she would be the first woman to lead the group.

However, if Alison-Ma­dueke had been appointed Secretary-General of OPEC, it implies she will exit her current position as Nigeria’s Minister of Petroleum since the OPEC position is a full-time job with its office in Vienna, Austria.

Information from delegates was that she had met oil min­isters from Iraq, Libya and the United Arab Emirates, with her delegation approaching Iran and Saudi Arabia.

Meanwhile, OPEC agreed yesterday to renew its oil pro­duction ceiling of 30 million barrels a day for the second half of this year in a widely antici­pated decision.

The 12-member organisa­tion is satisfied with the $110 Brent crude oil price a barrel, which is above its preferred price of $100 a barrel, the min­isters said.

Two member countries, Lib­ya and Iran, are producing well below capacity because of civil conflict and sanctions respec­tively, helping to support prices.

The conference reviewed recent oil market developments and world economic growth, as presented by the Secretary General, in particular supply/demand projections for the second half of the year, as well as the outlook for 2015, noting that the relative steadiness in prices during 2014 to date is an indication that the market is adequately supplied, with the periodic price fluctuations be­ing more a reflection of geopo­litical tensions than a response to fundamentals.

The conference observed, however, that while world eco­nomic growth was projected to reach 3.4 per cent in 2014, up from 2.9 per cent in 2013, downside risks to the global economy, both in the OECD and non-OECD regions, re­main unchecked.

The conference noted, moreover, that while world oil demand is expected to rise from 90.0 mb/d in 2013 to 91.1 mb/d in 2014, non-OPEC sup­ply is projected to grow by 1.4 mb/d, with OECD stock levels in terms of days of forward demand cover, remaining com­fortable.