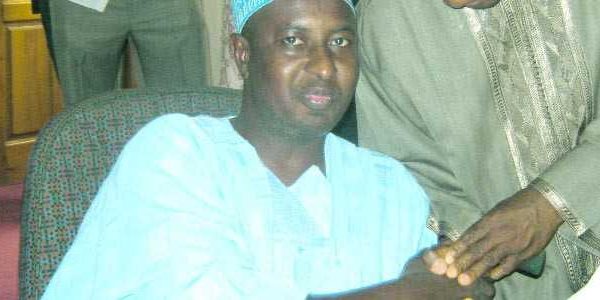 Following last Saturday’s attack on Attakar community in Kaura Local Government Area of Kaduna State, during which 15 people were killed, the death toll in the series of attacks on Kaduna villages since March this year has risen to 100.

Also in the period under review, property, worth several millions of naira, including over 500 houses, household items and foodstuffs were destroyed and more than 10,000 natives displaced.

These revelations were made by the spokesman of the affected communities, and National President, Attakar Community Development Association (ACDA), Ishaya K. Samaila during a press conference in Fadan Attackar, yesterday.

This was even as the Paramount Ruler of Attakar Kingdom, Agwam Takad I, Chief Tobias Nkom Wada, on behalf of other community leaders present at the briefing, berated their representatives in the National Assembly for their failure to call Federal Government’s attention to their plight. He expressed disappointment in the lawmakers for keeping quiet since March, when suspected Fulani gunmen began the onslaught on Attakar communities.

Recalling the incidents, Samaila said, “between March 19 and 20, Stephen Aboye was killed at Mafan and Markus Aba, shot dead in Telak by suspected Fulani gunmen. On the March 21, Attakar villages on the Plateau State axis including Kirim, Danti, Mayit, Zadian, Dajak, Tinga Mogwai and Durag were invaded, leaving 14 people dead, while 247 houses were burnt, including four churches and two schools. Personal items worth about 150million were destroyed in that attack”.

According to the community leader, “on March 30, Mafan, Muyit and Zilan communities were attacked in the afternoon, being the Easter eve. A total of 32 people were killed, with two churches and two primary schools and the entire villages razed.

“Also on May 13 in Zangan District, 13 people were killed in a night raid by suspected Fulani armed men. 82 houses were destroyed, including a church and a primary school. The assault also forced over 3,000 people to seek refuge in Zangan Secondary School.”

Ismaila said that the armed men had a breather until 2nd September, when Adu village in the same Zangan District was attacked. In the attack, a family of four was completely wiped out, leaving a death toll of nine, he recalled.

Speaking on the manner of the invasions including last Saturday’s in which 15 people were murdered, Ismaila said, “the mode of the attacks were as if their mission was to completely wipe out entire villages, children and women, not spared. The attacks seemed to have been directed at taking over our lands.” He lamented that attempts by his people to reclaim their lands were met with further attacks during which four lives were lost at Mayit and Tela communities. ” Fulanis have now settled in Mayit and other villages after displacing the Attakar people”, Samaila disclosed.

Despite all these attacks, the Attakar people have remained peaceful and law abiding and still allow Fulani herdsmen’s cattle to graze.

The Attakar people now called on the Federal Government to as a matter of urgency come to their aid.