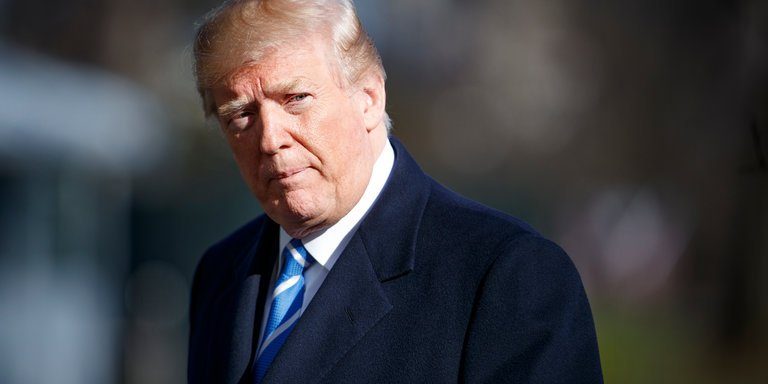 Supported by DealBook Briefing: How Hot Could the U.S.-China Trade Fight Get?

Good Friday morning. The U.S.-China trade fight is getting hotter (with Beijing’s commerce ministry expected to hold a briefing this morning). Some links require subscriptions.

Was tariffs on $50 billion worth of Chinese goods not enough? President Trump appears to think so, announcing that he’s considering tariffs on $100 billion more because of Beijing’s “unfair retaliation.” A bluff? Even his advisers aren’t sure.

Expect the White House to keep negotiating with China, especially since U.S. tariffs wouldn’t bite until after a two-month comment period. But China has reasons to think it could win a trade war.

More companies, like Cargill, are getting jumpy. Some fear the tensions could kill Qualcomm’s bid for NXP Semiconductor. Jacob Frenkel, the chairman of JPMorgan Chase’s international business, is worried, too: He said the hostilities could be “the greatest danger to the world economy,” but aren’t at a war level yet. The Economist says that the president’s comments “do not suggest he is ready to sue for peace.”

Meanwhile, the White House hopes to announce a preliminary Nafta deal this month after revising some of its more aggressive demands.

Markets watch: S.&P. 500 futures are down. Asian and European markets fell modestly this morning. And the VIX, Wall Street’s fear gauge, is back in vogue.

Reaction of the day, from Senator Ben Sasse, Republican of Nebraska:

What does Jamie Dimon’s annual letter say about his politics?

Andrew’s take: A favorite Wall Street parlor game is whether the JPMorgan Chase C.E.O. would run for president in 2020. Mr. Dimon’s latest annual letter increased that chatter, touching on immigration and political polarization. He praised some of President Trump’s policies (on tariffs, on taxes). But his stances on deregulation and on social issues likely mean that he would have to run as an independent — and history hasn’t been kind to third-party candidates.

Peter Eavis adds: The JPMorgan chief also homed in on regulations of bank liquidity, or access to cash and equivalents. He contended that liquidity requirements are higher now — which he favors — but are also more rigid and could impinge on lending. But the argument is flawed, in part because banks that have less liquidity aren’t in a position to lend.

The investment behemoth’s plan to offer new funds that exclude gun makers or sellers is the latest prominent step by a financial firm to offer some support to gun control. (And with $6.3 trillion under management, the firm’s actions carry enormous weight.) The products include:

• A new exchange-traded fund that focuses on favorable environmental, social and governance (E.S.G.) standards and excludes firearms-related companies. BlackRock will update other E.S.G. funds to exclude them, too.

• New strategies available through 401(k) plans that track five major indexes, including the S.&P. 500, but screen out firearms sellers and makers.

Walmart, Kroger and Dicks Sporting Goods, all of whom have now set some limits on gun sales, will still count as gun-related.

Critic’s corner: Rob Cox of Breakingviews writes, “By getting out early, BlackRock makes clear to those young people lobbying for tighter gun laws — who it hopes will be customers for decades to come — that it has something for them.”

Here’s the DealBook tally of financial firms that have announced concrete moves addressing gun control: Citigroup, Amalgamated, BlackRock. (Have we missed one? Let us know.)

• The president dispensed with a “boring” speech on tax to denounce immigration. (NYT)

• E.P.A. officials were reassigned, demoted or requested new jobs after raising concerns about Scott Pruitt, unnamed sources said. Senior White House officials say the agency chief’s fate is uncertain given ethical questions about his housing (he reportedly fell behind on a lease from a lobbyist), staffing and travel expenses.

• The administration and California officials are expected to try to settle a fight over car emissions standards. (NYT)

If users wanted to opt out of data-driven advertising, they would have to pay, Sheryl Sandberg told NBC in one of many interviews yesterday. (They can’t, as yet.) Still, Ms. Sandberg told Bloomberg that some advertisers had cut spending and admitted that the network faced a challenge in reassuring them.

But some analysts say that the worst may be over for investors.

Elsewhere in Facebook: The company has put on hold a request for hospitals to share anonymized patient data for a research project. It has been accredited by the Media Ratings Council for the first of three rounds of ad impression auditing. Civic groups in Myanmar said Mr. Zuckerberg had exaggerated what Facebook was doing to stop incitement of violence there.

• Tesla’s Model 3 impressed Jim Stewart. Will it win over enough other consumers to lift the carmaker’s fortunes? (NYT)

• Google promised to increase office security in the wake of the YouTube shooting, and changes may come to other Silicon Valley campuses. (NYT)

• Didi Chuxing is open for business — and taking on Uber — in Mexico. (Reuters)

• Delta said that a cyberattack on the company that ran its website’s chat function may have compromised thousands of customers’ credit card data. (WSJ)

Cryptocurrency corner: South Korean prosectors detained the heads of Coinnest and another exchange, on accusations of embezzling from customers. Coinbase is going into venture capital. The former C.E.O. of Mt. Gox, the first big failed Bitcoin exchange, is no longer a believer.

Behind Saudi Arabia’s courtship of Hollywood

Crown Prince Mohammed bin Salman has met with a slew of companies during his U.S. tour, including Amazon and the augmented-reality start-up Magic Leap. But the movie business was a focus.

“Entertainment is the new oil for Saudi Arabia,” the head of the kingdom’s entertainment authority told the WSJ. (Diversifying away from the old oil is the crown prince’s stated mission.)

AMC Entertainment has announced plans to open the kingdom’s first movie theater in over 30 years. The crown prince is hoping for a Disney theme park, too. The Information has more, and says the Saudis are largely following a Chinese playbook.

• Nine West, the U.S. shoe seller, reportedly could file for bankruptcy protection as soon as today, with a plan to sell its main brand to Authentic Brands Group. (Reuters)

• The investment firm Kimmeridge Energy Management has built an 8.1 percent stake in Carrizo Oil & Gas and wants the driller to consider selling itself, or at least some assets. (WSJ)

• Domo, a Utah-based business software company, is reportedly preparing to file confidentially for an I.P.O. (Recode)

• Instacart has raised another $150 million from existing investors like Coatue Management. (Axios)

• Takeda Pharmaceutical might bid for Shire, its C.E.O., Christophe Weber, told some analysts at a meeting last week. I investors and the media weren’t invited. (Bloomberg)

• Steve Jurvetson appears to have founded a new venture capital firm, Future Ventures, after resigning from DFJ after reportedly lying about an unidentified matter. (Recode)

• Skadden named 14 new partners, including in its M.&A., litigation and antitrust practices. (Skadden)

• WageWorks, a provider of employee-benefits services, replaced its C.E.O., Joseph L. Jackson, C.F.O. and general counsel, and said it needed to restate financial results from the past two years. (WSJ)

• Anthony Scaramucci, the former White House communications director, has been dabbling in the film business and has a credit in Al Pacino’s latest movie. (NYT)

• Target agreed to revise hiring guidelines at its stores, after complaints that it considered old or very minor criminal records in a way that disproportionately affected black and Hispanic applicants. (NYT)

• I.S.S. and Glass Lewis are recommending that G.E. address accounting issues by firing K.P.M.G., its auditor of 109 years. (WSJ)

• The fashion industry, which employs an overwhelmingly female staff and focuses on female consumers and audiences, reported one of Britain’s worst gender pay gaps. (NYT)

• Memories of a long-distant boom have left Japan with a peculiarly potent version of 1980s nostalgia. (NYT)