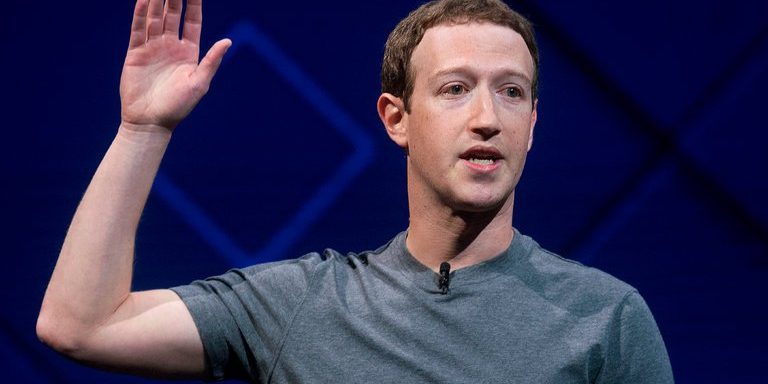 • Mark Zuckerberg has disclosed more on how much Facebook user data may have been accessed.

• The White House is still talking tough on trade with China.

Get this in your inbox each morning. Sign up here.

‘That was a huge mistake, and it was my mistake’

What emerged from Facebook yesterday — in Mark Zuckerberg’s conference call with reporters and in a company blog post — were revelations that users’ public data was more compromised than previously thought.

• A vulnerability in search and account recovery functions may have exposed “most” of Facebook’s 2 billion users to unauthorized harvesting of their public profile information.

Mr. Zuckerberg, ahead of his testimony to Congress, struck a conciliatory tone. But regulators in Australia, the U.S. and elsewhere are investigating whether the company broke privacy rules.

Facebook also outlined steps to prevent misuse of its platform. Among the most significant: restriction of access to so-called A.P.I.s that let developers plug into its network. The Verge’s take: “Effectively, Facebook has put a nail in the coffin of its app platform.”

The most immediate effect: Tinder users couldn’t log in.

A brighter note for Facebook: Its shares are up in premarket trading today, after Mr. Zuckerberg said that #DeleteFacebook didn’t appear to be having much effect.

• April 9: Alerts should start popping up for users whose information may have been shared with Cambridge Analytica.

• April 10: Mr. Zuckerberg is scheduled to testify before the Senate’s Commerce and Judiciary committees.

• April 11: He will testify before the House Energy and Commerce Committee.

Elsewhere in tech and regulation: A closer look at Margrethe Vestager, the public face of Europe’s tech clampdown. And the privacy advocate Max Schrems says the fight over user data has just begun.

More from behind the scenes, by Ana Swanson and Keith Bradsher of the NYT:

People familiar with the negotiations say Steven Mnuchin, the Treasury secretary, and Wilbur Ross, the commerce secretary, have at times argued for more dialogue with the Chinese and quicker concessions that would help diminish the trade deficit. … Other top trade advisers, including longtime China critics like Robert Lighthizer and Peter Navarro, have taken a tougher stance.

Calming the markets has mostly fallen to Larry Kudlow, the White House’s national economic adviser of less than a week.

Peter Eavis’s take: We can take lessons on the U.S.-China trade skirmish from Brexit. Looking back, the panicky early reaction to that seems to have sprung more from a fear of the unknown than any big threats to the global trading system.

And Greg Ip of the WSJ, who says China started the trade fight, had an informative tweetstorm about each side’s vulnerabilities:

But Neil Irwin of the Upshot warns that China has other ways of retaliating.

Last May, Blackstone announced with great fanfare that it planned a $40 billion fund with Saudi Arabia to invest in U.S. infrastructure: up to $20 billion from the Saudis, who would match commitments by other outside partners. But as of now, Blackstone has secured just $575 million in such commitments — and missed two fund-raising deadlines.

• The Saudis wanted the fund overseen by an investment committee, with a seat for them. Blackstone refused.

• Many potential investors balked at committing money until an investment team was in place, a process that took some time.

In other infrastructure news: D.J. Gribbin, the Trump administration’s infrastructure point person, is leaving the White House, which looks to have delayed its investment plan until after the midterms.

• The E.P.A. chief Scott Pruitt, the subject of some unhappy rumblings from the White House, has begun a media pushback against claims about his spending. (Politico)

• George Nader, the U.A.E.-connected businessman cooperating with Robert Mueller’s investigation, has links to Russia, too. (NYT)

• John Kasich is eating at diners in New Hampshire, for some reason. (NYT)

‘Google should not be in the business of war’

More than 3,100 Googlers have signed a petition protesting the tech colossus’s A.I. work with the Defense Department.

More from Scott Shane and Dai Wakabayashi of the NYT:

That kind of idealistic stance, while certainly not shared by all Google employees, comes naturally to a company whose motto is “Don’t be evil,” a phrase invoked in the protest letter. But it is distinctly foreign to Washington’s massive defense industry and certainly to the Pentagon, where the defense secretary, Jim Mattis, has often said a central goal is to increase the “lethality” of the United States military.

The company line: “We’re actively engaged across the company in a comprehensive discussion of this important topic.”

In other defense tech news: Oracle’s Safra Catz reportedly argued to Mr. Trump over dinner Tuesday night that the Pentagon’s process for choosing a cloud services contractor was tilted toward Amazon. (Oracle is also bidding.)

• On balance, the U.S. Postal Service probably does pretty well out of Amazon. Its real problem, Barry Ritholtz argues, is Congress.

• Spotify shares ended down yesterday at $144.22, but still up on private stock trades earlier this year. One big winner was Sony, which sold 17.2 percent of its stake.

• Meet Fin7 (or Carbanak or Cobalt Spider), the criminal group suspected of many prominent data thefts. And a cyberattack on a natural gas pipeline servicer raised questions about the U.S.’s energy system.

• Apple is reportedly working on touchless gestures and a curved screen for iPhones. (Bloomberg)

The woman suspected of shooting three people at YouTube headquarters before killing herself had become angry with the company’s policies. Police did not say which ones, but she had posted about YouTube pulling ads from videos that it said did not meet its standards.

The woman, Nasim Najafi Aghdam, was a social media video star in Iran and had called YouTube a dictatorship because she was making less money from her posts.

Also of note: The attack highlighted the tension between Silicon Valley giants’ love of big, open campuses and their security needs.

As the two corporate siblings jostle over a potential union — Viacom has reportedly rejected CBS's offer and is preparing a counter bid — who would run the combined company remains a sticking point. Rich Greenfield of BTIG offered a contrarian case against it being Mr. Moonves of CBS, one of the best-regarded media executives around.

“The future of a combined Viacom and CBS is going to be driven by an increasing focus on international and scaling up,” he wrote — an agenda better suited to Viacom’s C.E.O., Bob Bakish.

• Starboard Value plans to continue pressing its proxy fight at Newell Brands. Carl Icahn, who has settled on that one, is off trying to replace the board at SandRidge Energy.

• The judge overseeing the Justice Department’s lawsuit to block AT&T’s takeover of Time Warner asked about settling it through arbitration. (WSJ)

• SS&C of the U.S. is reportedly trying to top Temenos’s £1.4 billion bid for the British trading software maker Fidessa. (FT)

Quote of the day

“Retreating from the world is not the solution, nor is burning down the current system and starting anew.”

— Jamie Dimon of JPMorgan, in his firm’s latest annual letter, where he also talks taxes, deficits and public policy.

• Britain’s requirement that companies with at least 250 staff disclose measures of gender pay gaps is forcing a reckoning at many companies. (NYT)

• David Smith, chairman of Sinclair Broadcast Group, says the media is getting his company all wrong. (NYT)

• Settlement agreements between Bill O’Reilly and two of his accusers were made public for the first time, offering details about his tactics against sexual harassment allegations. (NYT)

• A guide to the long war between Bumble and Tinder. (NYT)