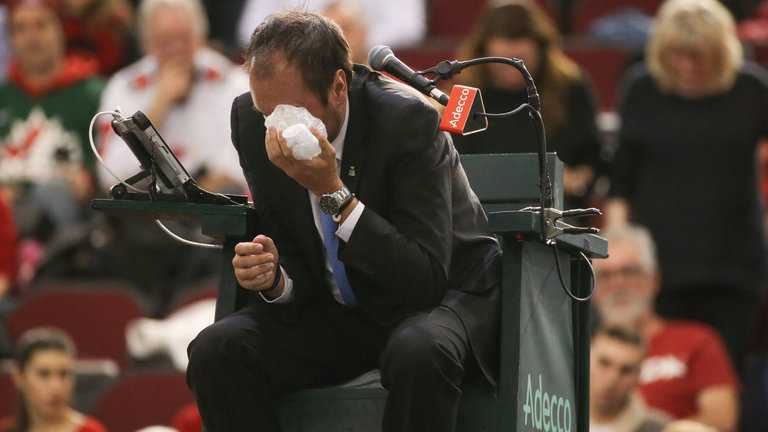 Gabas fractured the orbital bone under his left eye during Great Britain’s match with Canada when teenager Shapovalov unintentionally struck the referee with a shot of frustration.

Already two sets up, Briton Kyle Edmund broke for 2-1 lead in set three and, on losing the point, Shapovalov thumped a ball away in anger.

An emotional Shapovalov, who was playing in only his second Davis Cup tie, said after the game: “I feel incredibly ashamed and embarrassed and I just feel awful for letting my team down, for letting my country down, for acting in a way that I would never want to act.

Gabas underwent surgery in France and is back home recovering. He has been told to take a significant period of rest before returning to umpiring.

“I would like to thank my doctors for their excellent support,” he said in a statement. “The surgery was successful and I am now concentrating on rest and rehabilitation so I can be back on court in the near future.

“I would also like to express my sincere gratitude for all the messages of support I have received from around the world.”